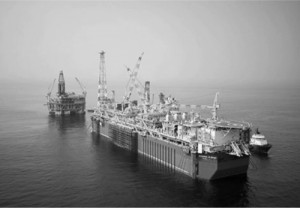 The government of Mozambique this month plans to launch a tender to award 15 new blocks for oil exploration and production, covering an area of 76,800 square kilometres, the National Petroleum Institute said on its website.
The tender, which is scheduled for 23 October in London, includes three offshore concession off the coast of Cabo Delgado province, in the eastern area of the Rovuma sedimentary basin, where US company Anadarko Petroleum and Italy’s ENI discovered reserves of 200 trillion cubic feet of commercially viable natural gas, according to recent data from the Mozambican government.
Also in the north, off the coast of Nampula province, two concession will be awarded in the area of Angoche, while in central Mozambique six blocks in the Zambezi sedimentary basin will be offered, along with three on the mainland, in the Mozambique basin flanking the areas of Pande and Temane, which are explored by South african company Sasol.
The tender, the results of which will be published on 20 January 2015, is the fifth launched by the Mozambican government and also includes a block located in Gaza province (south), known as Palmeira. MDT/Macauhub