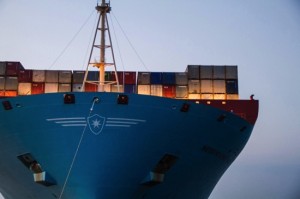 The port of Nacala, in Mozambique’s Nampula province, processed a record amount of cargo in 2014, totaling over 2 million tons, while the number of containers handled stood at almost 100,000, said the CEO of Portos do Norte, the port’s management company.
Langa said the port of Nacala, by processing over 2 million tons of cargo and 97,000 containers, reached a new high despite operating under limits due to the ongoing modernization program.
The CEO of Portos do Norte, the company that took over the management of the port of Nacala just over a year ago, also said that the results obtained in 2014 were due to an investment of USD3 million in equipment and infrastructure.
The modernization works at the port, as part of the Development Project of the Port of Nacala, cost US$300 million that are funded by Japan, with completion scheduled for 2017.
The work is being carried out by Japan’s Penta-Ocean Constrution Co Ltd and the contract agreement was signed in January 2014 by representatives of the company and the Mozambican Ministry of Transport and Communications.
The port of Nacala will also be the final station on the railway built by Brazilian group Vale from Moatize, in Tete province, passing through Malawi, to transport coal. MDT/Macauhub