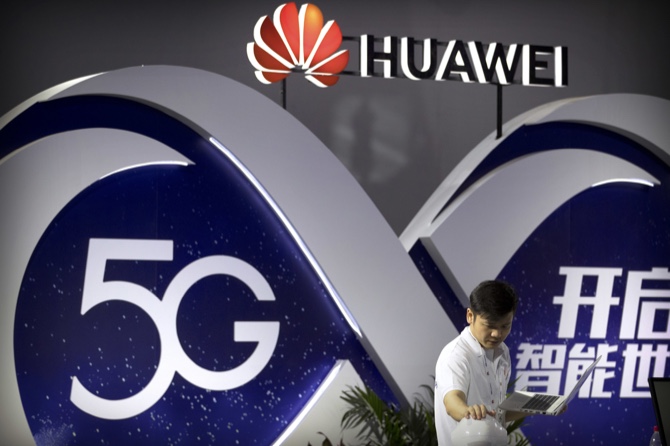 The action follows a ban in Australia, where the Chinese telecommunications giant was blocked in August from rolling out Australia’s 5G network due to security concerns.

In New Zealand, Huawei has previously helped build mobile networks. In March, Spark and Huawei showcased a 5G test site across the street from the Parliament, in a publicity move that was attended by then Broadcasting Minister Clare Curran.

The latest development could have diplomatic and economic implications for New Zealand, which relies on China as its largest trading partner but which is also part of the “Five Eyes” security alliance that includes the U.S., Britain, Canada and Australia.

At a daily briefing in Beijing, Foreign Ministry spokesman Geng Shuang said China was “severely concerned” over the decision.

“The economic and trade cooperation between China and New Zealand is mutually beneficial in nature,” Geng said. “We hope New Zealand will provide a level-playing field for Chinese enterprises’ operation there and do something conducive for mutual trust and cooperation.”

New Zealand was the first developed nation to sign a free-trade deal with China in 2008, and China buys billions of dollars of New Zealand’s dairy exports each year, which are often used in making infant formula.

New Zealand’s previous conservative government had a close relationship with China. But over the past year under liberal Prime Minister Jacinda Ardern, New Zealand has pulled back somewhat, embracing a warmer relationship with Japan and putting resources into the Pacific, in part to counter China’s growing influence there.

Huawei suffered a setback in the U.S. market in 2012 when a congressional report said it was a security risk and warned phone companies not to buy its equipment.

The private Chinese company was started by a former People’s Liberation Army major in 1987.

Spark is one of three main mobile network operators in New Zealand. The companies compete for customers over their own network of cell towers, using radio spectrum that is licensed from the government.

Spark said it is disappointed with the decision by New Zealand’s Government Communications Security Bureau. But the company said in a statement it’s confident it can still launch its 5G network by July 2020.

Spark said it had wanted to use Huawei 5G equipment in its planned Radio Access Network, which involves technology associated with cell tower infrastructure. The company said it has not yet had time to review the detailed reasoning behind the spy agency’s decision, or whether it will take further steps. Nick Perry, Wellington, AP