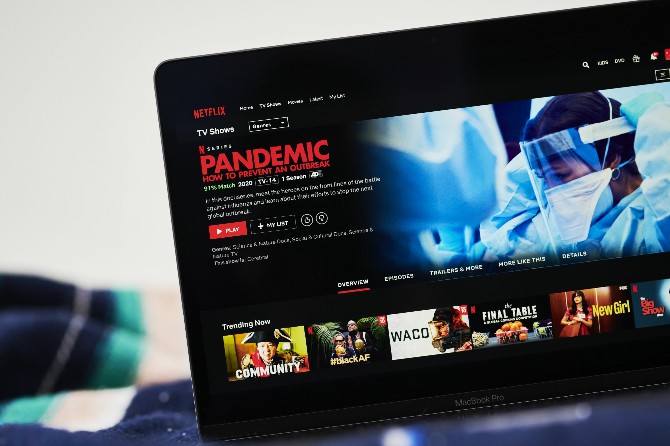 Netflix Inc. ended its biggest year in company history with a bang, adding more customers than expected and saying it no longer needs to borrow money to build its entertainment empire.
The world’s leading paid streaming service attracted 8.51 million new subscribers in the final three months of the year, helped by the popularity of hit shows such as “Bridgerton” and “The Queen’s Gambit.” That outpaced Netflix’s own forecast and the 6.06 million projected by Wall Street, and its shares rose 14% in pre-market trading.
The earnings report included two key milestones for Netflix: The company passed the 200 million-subscriber mark for the first time and said its cash flow will allow it to stop relying on debt to fuel its growth. With $8.2 billion in cash — and a credit line that hasn’t been drawn down — Netflix said it no longer needs external financing. It’s also considering stock buybacks, something it hasn’t done in about a decade.
The pandemic has provided a huge boost to Netflix’s business, forcing people inside and limiting other entertainment options like movie theaters and concerts. The company added 25.9 million customers in the first six months of last year, and ended up adding 36.6 million customers in all — a record.
“It’s accelerated that big shift from linear to streaming entertainment,” Spencer Neumann, the company’s chief financial officer, said on a call with investors and analysts Tuesday.
Netflix has repeatedly warned that the surge in the first half of 2020 would limit its growth in subsequent quarters — what it calls the “pull-forward” effect. Neumann cautioned this would continue to affect growth in 2021, and Netflix gave a conservative estimate for the current quarter. It expects to add 6 million new subscribers in the period, compared with an average analyst estimate of 7.45 million.
But Netflix found more runway than expected in the latest period.
Its growth during the last year dispelled two common critiques of the company. Skeptics of Netflix have long identified its debt as a looming disaster, arguing an economic recession would cripple the company and cause customers to cancel subscriptions en masse.MDT/Bloomberg