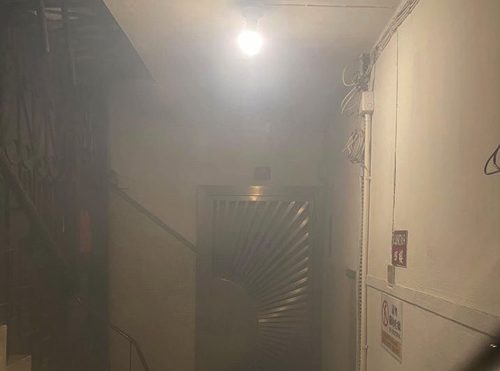 The author of the social media post is not originally from Macau. The author asked whether it is common that people burn paper offerings in enclosed staircases. The staircase, according to the post, has no window, and so the smoke could only move upward.

It is not unusual for people to burn paper offerings during this time of the year, often at their homes. Chinese folklore practices require certain religious offerings to be made before the arrival of the Chinese New Year.

Replies to the social media post showed that many netizens had experienced similar problems before. One user said they called the Fire Services Bureau after discovering a similar incident.

“I tried calling 999,” the reply read. “Firefighters came and extracted the smoke using massive fans. From then on, my neighbor stopped burning paper offerings in the staircase.”

The Times contacted the Fire Services Bureau for comment on these cases, but did not receive a reply by press time.

According to a release written earlier by the bureau, the public are reminded to “consider safety and mind flammable objects nearby when burning paper offerings.”

In one notice, the bureau cited precedents of fire accidents in other parts of the world, which started with people burning items inside enclosed areas. AL