New café and workshop to be expected in Grand Prix Museum 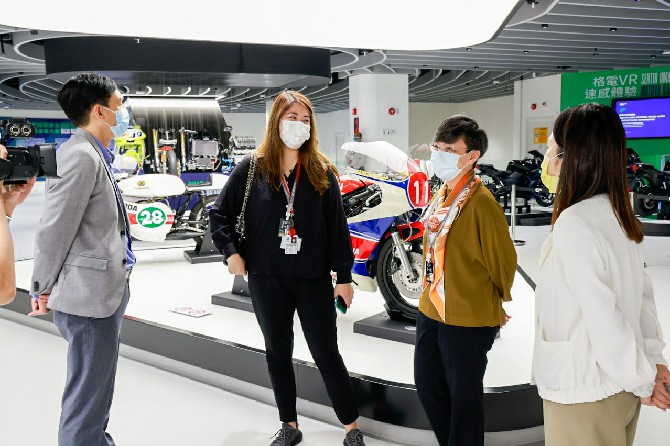 The brand-new Macau Grand Prix Museum, overhauled to be six times larger than its previous version, achieved a “satisfactory” visitation, director of the Macao Government Tourism Office (MGTO) Maria Helena de Senna Fernandes said. The museum is set to be installed with new components: a coffee shop and family-friendly workshops.
The four-story Grand Prix Museum commenced its trial operation in March — initially open to the travel trade, operations were extended to the public on public holidays in April. It is open to the public everyday in May. So far, the museum has already registered upwards of 6,000 visitations.
The museum’s operation will be in full swing in June, during which the MGTO will ramp up the quota for daily visitors. Fernandes is anticipating the average daily visitation for the museum in June to hit 1,100, double the current tally during the trial period.
She also disclosed that a new café is on its horizon. In January, the MGTO invited tenders to bid for café operation at the museum. The tender offer is likely to be awarded soon and the café put into operation six months later, she hinted.
Another new component to be expected in the museum in the second half of this year is the family-friendly workshops, educational activities targeting parents and their children.
The expanded museum has a total floor area of around 16,000 square meters, which can accommodate a “reasonable” visitor flow of 568 persons in a two-hour window, and 2,272 daily, deputy director of the MGTO Ricky Hoi said earlier.
But to comply with the social distancing guidlines of the Health Bureau, the upper visitation limits for each window and each day will be halved, for the time being, Hoi stressed.