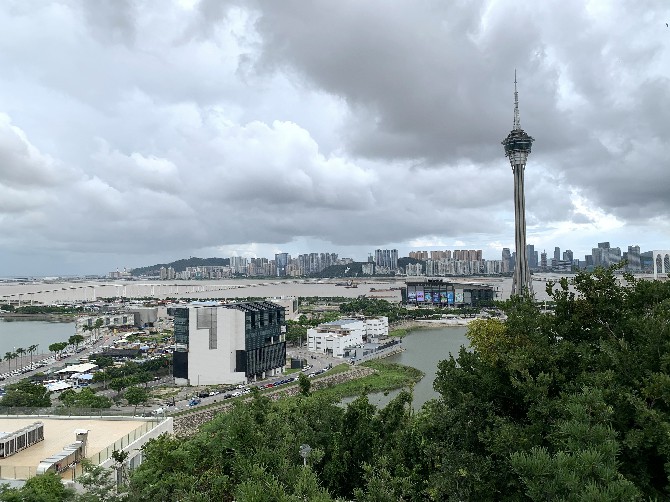 On the eve of the government’s public consultation period regarding the general urban planning of the city, which will start in September, the New Macau Association (ANM) urged the government yesterday to conduct planning with rigor and caution.
At the dedicated press conference, Alin Lam, director of the ANM, introduced the three areas in question: Reclamation Zone B, and the Nam Van Lake Zones C and D. These areas have significant and strategic value for Macau.
Zone B is an extension to the existing coastal areas of NAPE and Nam Van Lake. It starts by the Macao Science Center and runs west towards the Macau Tower. Currently, the Municipal Affairs Bureau is turning a section to the east of the Governador Nobre de Cavalho Bridge into a leisure area with sporting facilities and green corridors.
The area west of the bridge, according to available government documents, will house government offices and other leisure and tourism facilities. For the time being, the land is being used as a parking lot for coaches, and is also used as fireworks lighting area during Lunar New Year.
Nam Van Lake Zones C and D, on the other hand, consist of a collection of land plots around the Macau Tower and the Legislative Assembly Building. The government has hinted that it will build leisure facilities, such as a theater, on this land.
Lam believes these projects, which reshape the coastline of the city, will have an irrevocable impact on the city’s overall views, the livelihoods of residents and tourism development.
Although the government has already started construction on part of Zone B, Lam thinks it is inappropriate to plan the zones individually and that they should have been planned collectively.
Hong Kong’s West Kowloon Cultural District in Hong Kong and Singapore’s Gardens by The Bay should be used as references for the planning of the zone. Lam explained that Singapore’s placing of a 101-hectare coastal garden has managed to lower the city-state’s temperature by 1 degree Celsius on average.
Nam Van Lake Zones C and D are also problematic, said Lam, as no height limits have been imposed. This means that towers as tall as 160 meters, nearly half the height of the Macau Tower, can legally be built in these zones.
Lam said that this will severely jeopardize the views from the Penha Chapel. He suggests that the government institute stricter limits on the buildings in these zones.
Finally, the association director recommends that the government scrap the government offices in Reclamation Zone B and use the area for leisure facilities instead.
The government’s preliminary proposal for the zone featured nine buildings of heights ranging from 25 to 145 meters.