New menace of obesity must be tackled with care and concern 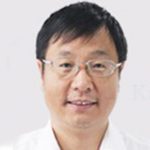 Obesity was considered alien to the Chinese people. A few among us who were overweight became the butt of jokes, and sometimes envy, when I was young. To many of us, obesity was a problem of the developed countries.

Proving this contention, a recent World Health Organization report said 59 percent Europeans are overweight or obese, with the obesity rate being as high as 25 percent, next only to the United States. The report also said that each year, 1.2 million deaths in Europe are caused by diseases related to obesity or high body mass index (BMI).

Unfortunately, the Chinese people are catching up fast with the developed world in terms of obesity and high BMI. The Dietary Guidelines for Chinese Residents 2022, released by the Chinese Nutrition Society in April, reported that 50.7 percent of Chinese adults are now overweight with 16.4 percent of them being obese.

To make things worse, 19 percent of schoolchildren between six and 17 years of age are considered overweight or obese while the rate for preschool children is 10.4 percent. Unhealthy diets and lack of physical exercise are traditional causes of high BMI, the COVID-19 pandemic that confined people to their homes for weeks or months on end is being cited as a new cause of rising obesity, because an increasing number of people rely or relied on takeouts from restaurants, many of which serve rich, greasy food.

No wonder “you look slimmer” has become the highest praise a person can get when meeting others, and “how to lose weight rapidly?” the most common question.

Those who fail to control their appetite or hate physical exercise have to pay a dear price to reduce their BMI. I have a young friend who had to have one-third of his stomach removed to stop gorging on food. He did lose 30 kilograms, but paid a high price for it, both in terms of money and health.

Some others prefer to play safe: they ask doctors to remove fat from their bellies, hips and thighs. Those afraid of scalpels can try beauty-slimming tea that makes people lose appetite or have bouts of a running stomach.

A lot more people visit body-slimming centers that offer traditional Chinese medical solutions to obesity such as massage, acupuncture, moxibustion and medicinal baths, leading to a boom in the body-slimming service sector over the past decade. Data show that by the end of 2019, China had more than 40,000 weight-losing centers and clinics.

What bothers educators and parents the most is the steady rise in obesity among school kids － increasing at the rate of about 1 percent a year over the past decade or so. And if this trend is not reversed, the health of future generations will be in trouble.

Since few of the body-slimming therapies for adults can be applied to children, the only possible way of preventing children from becoming overweight or obese is to encourage them to play outdoor sports and/or do more physical exercise, which in today’s society is easier said than done.

Schoolchildren in China are burdened by a tough syllabus. It used to be normal for children to go to school at 7:30 am and return home around 9 pm.

When such measures failed to produce effective results, the authorities increased the value of PE scores for promotion from primary school to secondary school, to senior high school, and in the national college entrance exam.

The new measures seem to be working, as an increasing number of students can be seen playing sports in community parks after school to increase their PE scores. Hopefully, obesity will have little to do with the Chinese people in the long run.