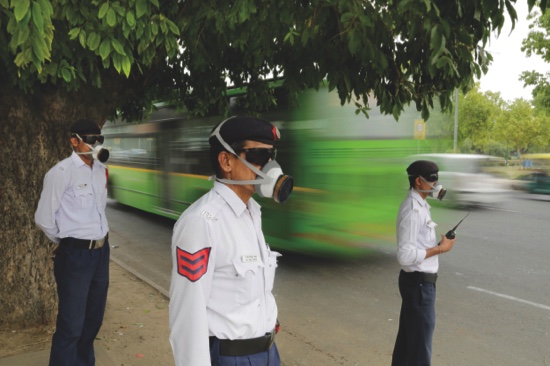 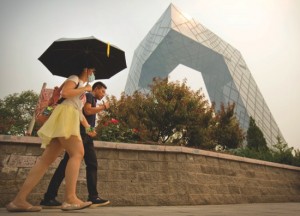 Never mind lowering the rate of death from air pollution in India and China. Just keeping those rates steady will demand urgent action to clear the skies, according to a new report.
The findings — gleaned from a new global model for how changes in outdoor air pollution could translate into changes in disease rates — highlight a demographic quirk of Asia’s two fastest-growing economies, where young populations have so far kept pollution-related mortality relatively low even amid breakneck economic development at steep environmental cost.
Both countries have looked to coal-fired power plants to boost electricity and fuel growth. Both have seen explosions in the number of vehicles on the roads. And both have hundreds of millions of impoverished people still relying on burning wood, kerosene or whatever they can grab at the garbage dump to build fires for cooking or keeping warm on winter nights.
But as their populations age, more people will become susceptible to conditions such as heart disease, cancer or stroke that are caused or exacerbated by air pollution. Already, Asian nations led by India and China account for 72 percent of the total 3.7 million annual deaths from outdoor air pollution — more than AIDS and malaria combined.
Neither nation is anywhere near meeting air quality guidelines set by the World Health Organization. In India, pollution levels are still on the rise.
“The impact of particulate air pollution on preventable deaths is far larger than most people realize,” said Howard Frumkin, dean of the University of Washington’s School of Public Health and an environmental health specialist who was not involved in the study.
In fact, if the entire world brought pollution levels down to WHO recommended levels, 2.1 million premature deaths could be prevented each year, according to the study, which was published in the journal Environmental Science & Technology.
India and China would need to reduce average levels of tiny, inhalable particulate matter called PM 2.5 by 20 to 30 percent merely to offset their demographic changes and keep mortality rates steady, the study shows. That still won’t get them to the WHO’s recommendation of 10 micrograms per cubic meter, but it could help avoid several hundred thousand premature deaths every year. 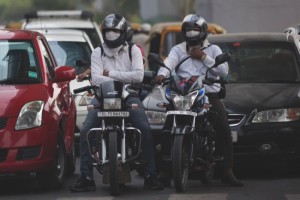 “The opportunity for preventing premature deaths by cleaning up the air is enormous… especially in China and India, where pollution levels are high and the exposed populations large and densely concentrated,” Frumkin said.
Actually reducing pollution-related mortality in China, India and other countries with extreme pollution would require major action. Cutting mortality in half, for example, would take an average 68 percent reduction in PM 2.5 from 2010 levels, according to the study. If pollution levels were to remain stable, Indian mortality would go up 21 percent and China’s 23 percent.
“These populations are getting older, and the diseases that air pollution affects will become more important,” said the study’s lead author, Josh Apte, an assistant professor of environmental engineering at the University of Texas, Austin.
The study — one of the first to tackle the question of how much cleaner a country’s air needs to be to reduce premature mortality — combines global satellite pollution data, ground pollution measures, population statistics and globally recognized mortality rates for five key diseases for which air pollution is a risk factor in order to calculate the potential benefits from hitting certain pollution-reduction targets. 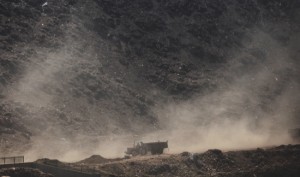 The WHO last month declared air pollution the world’s largest single environmental health risk, and pledged to come up with a global plan to start cleaning up the skies within a year. Ultimately, though, it will be up to national governments to act.
While Asia’s developing countries are considered today’s big air polluters, the global mortality study shows that even less-polluted Western nations could collectively save up to a half-million people from premature death each year by cutting PM 2.5 concentrations by 25 percent.
“Everybody thinks that the air in the West is fine. But there are relatively large health benefits that can be found from further cleaning the air in already clean locations,” said Julian Marshall, a co-author and associate professor of environmental engineering at the University of Minnesota. “It’s a reminder that there still are health effects from air pollution” even at low levels. 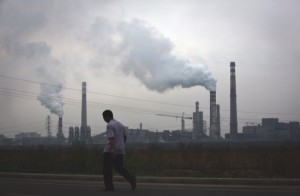 “In cleaner parts of the world, air pollution still has a significant toll, but it is hard to visualize,” said Bert Brunekreef, director of the Institute for Risk Assessment Sciences at the University of Utrecht in the Netherlands, who was not involved in the study. “On death certificates, nobody mentions air pollution as a cause of death.”
Both India and China have recently toughened their PM 2.5 standards, though neither reliably meets those limits. India has 13 cities listed in the world’s 20 most polluted. Another three are in neighboring Pakistan, and two in Bangladesh.
China, once the world’s poster child for air pollution, is much further along in clearing its air, with sophisticated air monitoring that warns of hazardous days, during which schools may be closed, industries shut down and government vehicles taken off the roads.
India has no such emergency protocols. Anti-pollution laws remain widely ignored and unenforced. Its fledgling air quality index covers only a few cities with a patchy network of monitors that are often on the fritz.
Experts said the global mortality study offers important insights and warnings too often ignored, even if its conclusions are generalized and it doesn’t consider other related mortality causes, like smoking or indoor soot from cooking stoves.
Frumkin noted that while the “solid work” made clear some health benefits of improving air quality, the same actions “dovetail closely with steps we need to take to address climate change,” such as switching from burning fossil fuels for energy to using solar- and wind-powered technology. “Then we reduce greenhouse gas emissions, slow climate change, and thereby protect health in myriad ways.” Katy Daigle, New Daigle, AP