News of the World | Who owns the moon? A space lawyer answers 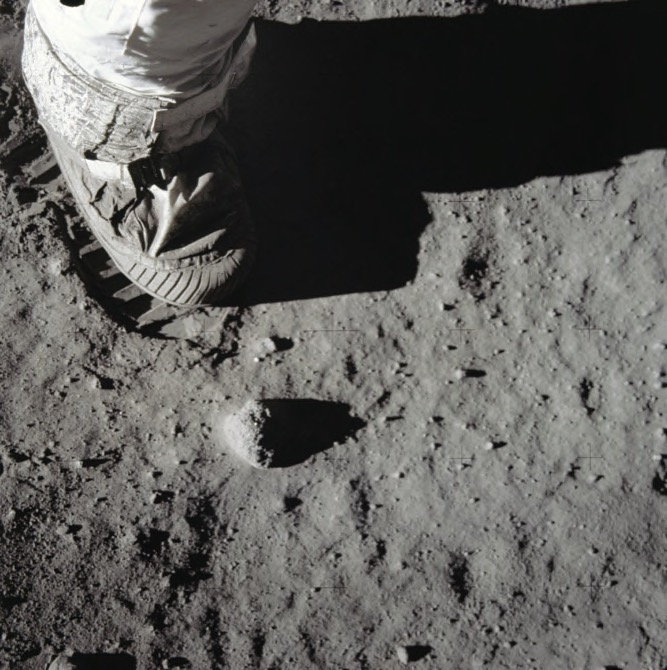 Most likely, this is the best-known picture of a flag ever taken: Buzz Aldrin standing next to the first U.S. flag planted on the Moon. For those who knew their world history, it also rang some alarm bells. Only less than a century ago, back on Earth, planting a national flag in another part of the world still amounted to claiming that territory for the fatherland. Did the Stars and Stripes on the moon signify the establishment of an American colony?

When people hear for the first time that I am a lawyer practicing and teaching something called “space law,” the question they ask most frequently, often with a big smile or a twinkle in the eye, is: “So tell me, who owns the moon?”

Of course, claiming new national territories had been very much a European habit, applied to non-European parts of the world. In particular the Portuguese, the Spanish, the Dutch, the French and the English created huge colonial empires. But while their attitude was very Europe-centric, the legal notion that planting a flag was an act of establishing sovereignty quickly stuck and became accepted worldwide as part and parcel of the law of nations.

Obviously, the astronauts had more important things on their mind than contemplating the legal meaning and consequences of that planted flag, but luckily the issue had been taken care of prior to the mission. Since the beginning of the space race the United States knew that for many people around the world the sight of a U.S. flag on the Moon would raise major political issues. Any suggestion that the moon might become, legally speaking, part of U.S. backwaters might fuel such concerns, and possibly give rise to international disputes harmful to both the U.S. space program and U.S. interests as a whole.

By 1969, decolonization may have destroyed any notion that non-European parts of the world, though populated, were not civilized and thus justifiably made subject to European sovereignty – however, there was not a single person living on the moon; even life itself was absent.

Still, the simple answer to the question of whether Armstrong and Aldrin by way of their small ceremony did transform the moon, or at least a major part thereof, into U.S. territory turns out to be “no.” They, nor NASA, nor the U.S. government intended the U.S. flag to have that effect. 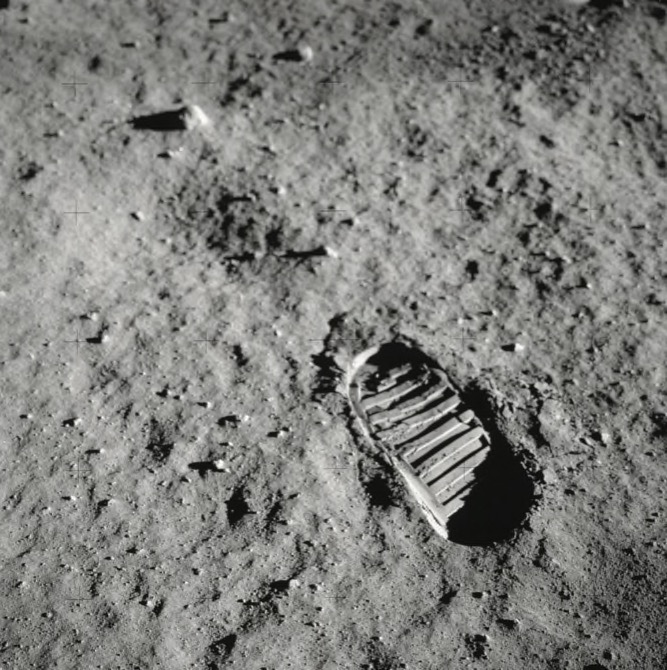 Most importantly, that answer was enshrined in the 1967 Outer Space Treaty, to which both the United States and the Soviet Union as well as all other space-faring nations, had become a party. Both superpowers agreed that “colonization” on Earth had been responsible for tremendous human suffering and many armed conflicts that had raged over the last centuries. They were determined not to repeat that mistake of the old European colonial powers when it came to decide on the legal status of the moon; at least the possibility of a “land grab” in outer space giving rise to another world war was to be avoided. By that token, the moon became something of a “global commons” legally accessible to all countries – two years prior to the first actual manned moon landing.

So, the U.S. flag was not a manifestation of claiming sovereignty, but of honoring the U.S. taxpayers and engineers who made Armstrong, Aldrin, and third astronaut Michael Collins’ mission possible. The two men carried a plaque that they “came in peace for all mankind,” and of course Neil’s famous words echoed the same sentiment: his “small step for man” was not a “giant leap” for the United States, but “for mankind.” Furthermore, the United States and NASA lived up to their commitment by sharing the moon rocks and other samples of soil from the lunar surface with the rest of the world, whether by giving them away to foreign governments or by allowing scientists from all over the globe to access them for scientific analysis and discussion. In the midst of the Cold War, this even included scientists from the Soviet Union.

Case closed, no need for space lawyers anymore then? No need for me to prepare University of Nebraska-Lincoln’s space law students for further discussions and disputes on the lunar law, right?

Not so fast. While the legal status of the Moon as a “global commons” accessible to all countries on peaceful missions did not meet any substantial resistance or challenge, the Outer Space Treaty left further details unsettled. Contrary to the very optimistic assumptions made at the time, so far humankind has not returned to the moon since 1972, making lunar land rights largely theoretical.

That is, until a few years ago when several new plans were hatched to go back to the moon. In addition at least two U.S. companies, Planetary Resources and Deep Space Industries, which have serious financial backing, have started targeting asteroids for the purpose of mining their mineral resources. Geek note: Under the aforementioned Outer Space Treaty, the moon and other celestial bodies such as asteroids, legally speaking, belong in the same basket. None of them can become the “territory” of one sovereign state or another. 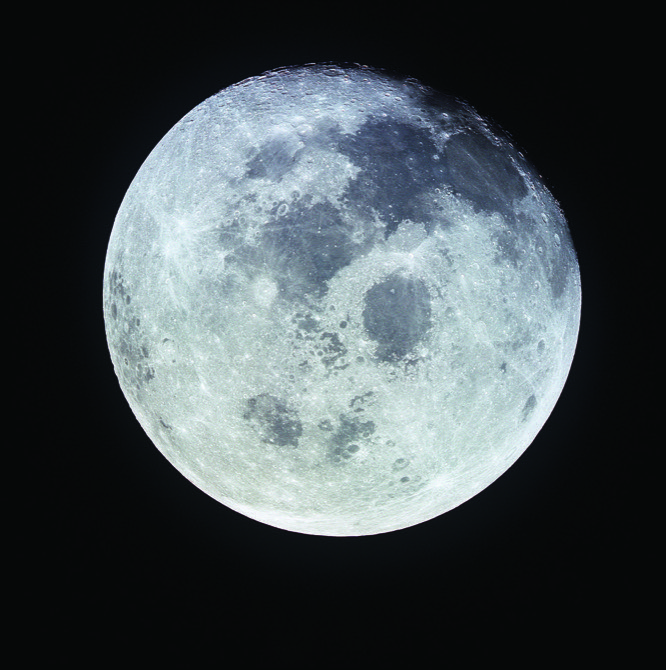 A recent sight of the moon and, above, a close-up view of an astronaut’s bootprint in the lunar soil, photographed with a 70mm lunar surface camera during the Apollo 11 extravehicular activity (EVA) on the moon

The very fundamental prohibition under the Outer Space Treaty to acquire new state territory, by planting a flag or by any other means, failed to address the  commercial exploitation of natural resources on the moon and other celestial bodies. This is a major debate currently raging in the international community, with no unequivocally accepted solution in sight yet. Roughly, there are two general interpretations possible.

So you want to mine an asteroid?

Countries such as the United States and Luxembourg (as the gateway to the European Union) agree that the moon and asteroids are “global commons,” which means that each country allows its private entrepreneurs, as long as duly licensed and in compliance with other relevant rules of space law, to go out there and extract what they can, to try and make money with it. It’s a bit like the law of the high seas, which are not under the control of an individual country, but completely open to duly licensed law-abiding fishing operations from any country’s citizens and companies. Then, once the fish is in their nets, it is legally theirs to sell.

On the other hand, countries such as Russia and somewhat less explicitly Brazil and Belgium hold that the moon and asteroids belong to humanity as a whole. And therefore the potential benefits from commercial exploitation should somehow accrue for humanity as a whole – or at least should be subjected to a presumably rigorous international regime to guarantee humanity-wide benefits. It’s a bit like the regime originally established for harvesting mineral resources from the deep seabed. Here, an international licensing regime was created as well as an international enterprise, which was to mine those resources and generally share the benefits among all countries.

While in my view the former position certainly would make more sense, both legally and practically, the legal battle by no means is over. Meanwhile, the interest in the moon has been renewed as well – at least China, India and Japan have serious plans to go back there, raising the stakes even higher. Therefore, at the University of Nebraska-Lincoln we will need to teach our students about these issues for many years to come. While ultimately it is up to the community of states to determine whether common agreement can be reached on either of the two positions or maybe somewhere in between, it is of crucial importance that agreement can be reached one way or another. Such activities developing without any law that is generally applicable and accepted would be a worst-case scenario. While not a matter of colonization anymore, it may have all the same harmful results.

This article is republished from The Conversation
under a Creative Commons license.