News of the World | Why airlines keep pushing biofuels: They have no choice 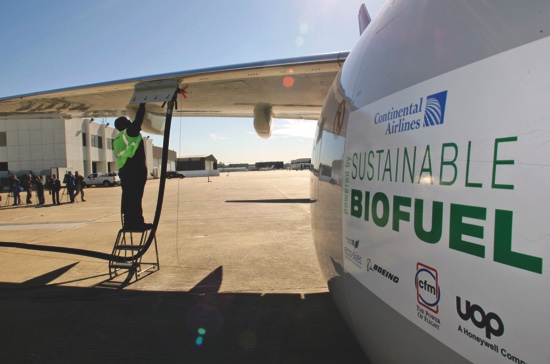 Monte Hawkins prepares to remove the fuel line attached to a Continental Airlines jet for the first biofuel-powered demonstration flight of a U.S. commercial airliner, at Bush Intercontinental Airport in Houston

As people in countries such as China, India and Indonesia get wealthier they are increasingly turning to air travel for vacation or business, creating an enormous financial opportunity for the airlines. The number of passengers worldwide could more than double, to 7.3 billion a year, in the next two decades, according to the International Air Transport Association.
But many in the industry believe that without a replacement for jet fuel, that growth could be threatened by forthcoming rules that limit global aircraft emissions.
“It’s about retaining, as an industry, our license to grow,” says Julie Felgar, managing director for environmental strategy at plane maker Boeing, which is coordinating sustainable biofuel research programs in the U.S., Australia, China, Brazil, Japan and the United Arab Emirates.
Cars, trucks and trains can run on electricity, natural gas, or perhaps even hydrogen someday to meet emissions rules. But lifting a few hundred people, suitcases and cargo 35,000 feet into the sky and carrying them across a continent requires so much energy that only liquid fuels can do the trick. Fuel from corn, which is easy to make and supplies nearly 10 percent of U.S. auto fuel, doesn’t provide enough environmental benefit to help airlines meet emissions rules. 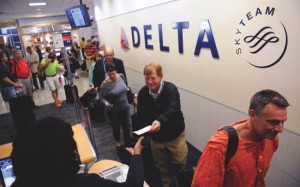 “Unlike the ground transport sector, they don’t have a lot of alternatives,” says Debbie Hammel, a bioenergy policy expert at the Natural Resources Defense Council.
That leaves so-called advanced biofuels made from agricultural waste, trash, or specialty crops that humans don’t eat. United Airlines last month announced a USD30 million stake in Fulcrum Bioenergy, the biggest investment yet by a U.S. airline in alternative fuels. Fulcrum hopes to build facilities that turn household trash into diesel and jet fuel.
FedEx, which burns 1.1 billion gallons of jet fuel a year, promised this week to buy 3 million gallons per year of fuel that a company called Red Rock Biofuels hopes to make out of wood waste in Oregon. Southwest Airlines had already agreed to also buy some of Red Rock’s planned output.
These efforts are tiny next to airlines’ enormous fuel consumption. U.S. airlines burn through 45 million gallons every day. But airlines have little choice but to push biofuels because the industry is already in danger of missing its own emissions goals, and that’s before any regulations now being considered by the U.S. Environmental Protection Agency and international agencies.
The industry’s international trade group has pledged to stop increasing emissions by 2020 even as the number of flights balloons. By 2050, it wants carbon dioxide emissions to be half of what they were in 2005.
Like airlines, the U.S. military is also supporting development of these fuels for strategic and financial reasons. For biofuels makers, it is a potentially enormous customer: The military is the biggest single energy consumer in the country. 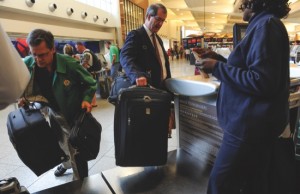 Making biofuels at large, commercial scale is difficult and dozens of companies have gone belly up trying. The logistics of securing a steady, cheap supply of whatever the fuel is to be made from can take years. Financing a plant is expensive because lenders know the risks and demand generous terms. A sharp drop in the price of crude oil has made competing with traditional fuels on price more difficult.
The airlines are now seeing some of these difficulties up close. A United program to power regular flights between Los Angeles and San Francisco with fuels made from agricultural waste was delayed when the fuel producer, AltAir, had trouble retrofitting the existing refinery. The companies now say the flights should begin in August. Red Rock’s planned deliveries to Southwest have also been pushed back, to 2017 from 2016, and construction of the plant has not yet started.
But many in the industry say they are not surprised, or daunted, by the time and effort it will take to bring large amounts of biofuels, at competitive prices, to market.
“We really are trying to create a brand new fuel industry,” says Boeing’s Felgar. “We’ve always known this is a long term play, and our industry is long term.”
And if any industry is going to crack fuel from waste on a big scale, the airline industry might be the best bet.
Instead of having to build the infrastructure to distribute and sell these fuels at hundreds of thousands of gas stations, jet fuel only has to be delivered to a small number of major airports. For example, nearly half of United’s passengers fly through its five hubs in Houston, Chicago, Newark, San Francisco and Denver.
Still, after the many disappointments that have plagued biofuel development, few want to promise an imminent biofuel revolution. “I’m not Pollyannaish about this,” says Felgar. “I’m not optimistic, I’m not pessimistic, but I’m determined.” Jonathan Fahey & Scott Mayerowitz, AP