NEWS OF THE WORLD | 7 steps to stronger, more secure passwords 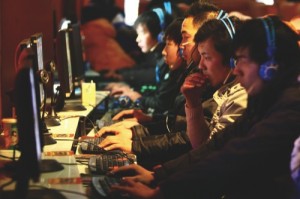 Rarely does a week go by without news of another hacking incident. On Tuesday, The New York Times reported that a Russian crime ring had amassed some 1.2 billion username and password combinations.
The Times report, based on information from Milwaukee-based Hold Security, called the data “the largest known collection of stolen Internet credentials.” Hold’s researchers did not identify the origins of the data or name the victim websites, citing nondisclosure agreements. The company also said it didn’t want to name companies whose websites are still vulnerable to hacking, according to the Times report.
A representative for Hold Security could not immediately be reached for comment.
Security threats have long been part of online life, but the increased attention on them makes now a good time to review ways to protect yourself.
If there’s reason to believe any of your passwords might have been compromised, change them immediately. One of the best things you can do is to make sure your passwords are strong. Here are seven ways to fortify them:
—Make your password long. The recommended minimum is eight characters, but 14 is better and 25 is even better than that. Some services have character limits on passwords, though.
—Use combinations of letters and numbers, upper and lower case and symbols such as the exclamation mark. Some services won’t let you do all of that, but try to vary it as much as you can. “PaSsWoRd!43” is far better than “password43.”
—Avoid words that are in dictionaries, even if you add numbers and symbols. There are programs that can crack passwords by going through databases of known words. One trick is to add numbers in the middle of a word — as in “pas123swor456d” instead of “password123456.” Another is to think of a sentence and use just the first letter of each word — as in “tqbfjotld” for “the quick brown fox jumps over the lazy dog.”
—Substitute characters. For instance, use the number zero instead of the letter O, or replace the S with a dollar sign.
—Avoid easy-to-guess words, even if they aren’t in the dictionary. You shouldn’t use your name, company name or hometown, for instance. Avoid pets and relatives’ names, too. Likewise, avoid things that can be looked up, such as your birthday or ZIP code. But you might use that as part of a complex password. Try reversing your ZIP code or phone number and insert that into a string of letters. As a reminder, you should also avoid “password” as the password, or consecutive keys on the keyboard, such as “1234” or “qwerty.”
—Never reuse passwords on other accounts — with two exceptions. Over the years, I’ve managed to create hundreds of accounts. Many are for one-time use, such as when a newspaper website requires me to register to read the full story. It’s OK to use simple passwords and repeat them in those types of situations, as long as the password isn’t unlocking features that involve credit cards or posting on a message board. That will let you focus on keeping passwords to the more essential accounts strong.
The other exception is to log in using a centralized sign-on service such as Facebook Connect. Hulu, for instance, gives you the option of using your Facebook username and password instead of creating a separate one for the video site. This technically isn’t reusing your password, but a matter of Hulu borrowing the log-in system Facebook already has in place. The account information isn’t stored with Hulu. Facebook merely tells Hulu’s computers that it’s you. Of course, if you do this, it’s even more important to keep your Facebook password secure.
—Some services such as Gmail even give you the option of using two passwords when you use a particular computer or device for the first time. If you have that feature turned on, the service will send a text message with a six-digit code to your phone when you try to use Gmail from an unrecognized device. You’ll need to enter that for access, and then the code expires. It’s optional, and it’s a pain — but it could save you from grief later on. Hackers won’t be able to access the account without possessing your phone. Turn it on by going to the account’s security settings. Anick Jesdanun, Technology Writer, New York – AP 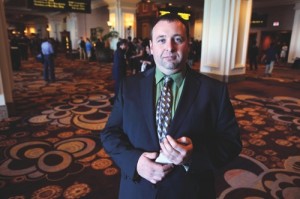 The hackers are a tight knit group, 10 or 11. They live in a Russian town, and have real jobs. But in their down time, the cybercriminals have spent the past seven months gathering a hoard of personal data, stealing 1.2 billion user names and passwords in a series of Internet heists affecting 420,000 websites, according to Alex Holden, Chief Information Security Officer for Hold Security, whose firm uncovered the breach.
The Russian hackers had been collecting databases of personal information for years, but Holden told The Associated Press that in April the group began deploying a new online attack technique that quickly shot from computer system to computer system as unwitting infected users visited random websites.
“Their cache of stolen goods grew quite quickly,” said Holden, who has not revealed details about the websites that were breached or the names of other victims.
A native of Kiev who now lives in Milwaukee, Holden has conducted research that contributed to other exposures of major hacks, including a breach at Adobe that exposed tens of millions of customer records. He said he had been tracking the Russian criminals for seven months, but only was able to begin reviewing their massive cache of databases during the past few weeks. He timed his announcement to coincide with the annual Black Hat USA cybersecurity conference this week in Las Vegas, where it created quite a buzz.
Brian Krebs, who investigates online cybercrime and blogs about it, said his phone and email were inundated while he was at the conference this week with people asking about Holden’s announcement.
“Alex isn’t keen on disclosing his methods, but I have seen his research and data firsthand and can say it’s definitely for real,” said Krebs. “Without spilling his secrets or methods, it is clear that he has a first-hand view on the day-to-day activities of some very active organized cybercrime networks and actors.”
More than a day after his discovery was revealed in a New York Times report, Holden said he had not heard from any law enforcement agencies. He said he hopes investigators do contact him and added that his firm would be happy to cooperate.
To aid consumers, Hold Security plans to open a website in the coming days where people can search —free of charge— to see if their passwords and user names have been breached. The company is also offering a USD10-a-month plan for businesses that want to be notified when a breach occurs.
Chase Cunningham, lead threat intelligence agent for cloud security company Firehost, spent years tracking Russian crime syndicates with the FBI and the NSA. At Black Hat on Wednesday, he said Hold Security has “uncovered one of the largest caches of data ever seen.”
To date, Hold Security says it has only seen the Russian hackers use the personal data to spam social media, for example, hijacking a Twitter account and posting a weight loss ad. And Holden said he’s only seen payments ranging from $200 to $1500 —although he’s unsure if that’s per person or for the entire group— for creating that spam.
Cunningham said he expects the Russian criminals will do much more with their illicit collection, which could prove lucrative.
“They can make money hand over fist with this,” he said. Martha Mendoza, Las Vegas – AP