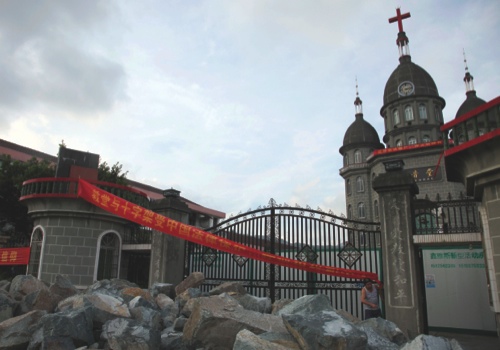 More than 30 people had gathered at Beijing’s most august Buddhist temple to remember the siblings, children and parents lost exactly six months earlier when a Malaysia Airlines jet disappeared. They found themselves encircled by shouting police blocking them from speaking to reporters or entering the temple as a group.
The relatives, dressed in white T-shirts reading “Pray for the return of MH370,” finally made it past the security in a scene that unfolded in front of international media. Once inside, they fell to their knees and wailed for the return of their missing loved ones.
The police response Sept. 8 may have looked unnecessarily blunt for relatives already hit by tragedy. But it was only the latest form of harassment that Chinese authorities have used against any group that mobilizes people outside their control, even if they are not aiming to challenge or criticize the Communist Party. Sometimes authorities resort to detentions, beatings and confiscations.
The crackdown has hit everyone from Christian churches to independent filmmakers whose activities are not overtly political. At the same time, police have intensified their surveillance and detentions of human-rights lawyers and activists during politically sensitive periods.
China’s leadership has long been wary of anyone capable of amassing a social following, especially after thousands of pro-democracy protesters in Tiananmen Square boldly challenged one-party rule in 1989. With social media now able to rapidly spread information, religious and human-rights groups say Chinese leaders are further tightening controls by targeting people who show just the potential of emerging as social actors. 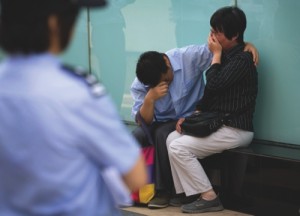 The moves reflect a harder line under President Xi Jinping, who also has taken a tougher stance against China’s neighbors and rivals in his own party since rising to power last year, said Chan Ka Wai, the Hong Kong-based executive director of the China Human Rights Lawyers Concern Group.
“I think the general principle is that the Chinese government is quite nervous about any organization, whether it is political or nonpolitical,” Chan said. “Collective action is seen to have the potential to create a certain instability. It’s portrayed as not just a matter of social stability but a matter of national security.”
A document believed to outline the Chinese leadership’s top perceived threats to its power cited civil society, warning that “Western anti-China forces” have “launched all kinds of so-called citizen’s movements.” The paper leaked last year, known as Document 9, was published in Hong Kong-based Mingjing Weekly and is widely believed to be authentic, though it has not been confirmed by top officials.
“Advocates of civil society want to squeeze the party out of leadership of the masses at the local level,” it read, adding that “their advocacy is becoming a serious form of political opposition.”
The Flight 370 relatives appeared to have crossed a red line when they began loudly demanding more support from Chinese leaders in their quest for more information on the flight, which disappeared March 8 over the Indian Ocean with 239 people aboard, most of them Chinese.
Chinese authorities initially championed the families’ cause, granting them rare, tacit permission to march on the Malaysian Embassy in Beijing to protest. Later that spring, police took a conspicuously tougher approach.
They surrounded the relatives during their first visit to a Beijing Buddhist temple, said Dai Shuqin, whose sister was aboard the flight. The relatives soon found themselves under regular police surveillance, Dai said, and 16 of them were detained, with some beaten, in mid-July while at a support center set up by the airline in northeast Beijing.
“We’re just remembering our loved ones. We’re not trying to create trouble,” Dai said. “We think this is all very strange.”
In a March 31 editorial, the official China Daily newspaper warned the relatives against “irrational words and behavior” and spoke of the need to show the “demeanor of a great power.”
Quashing potentially inflammatory discourse in recent years has meant erasing online content. A Harvard University study released last month found that Chinese censors have most consistently targeted posts dealing with protests, government scandals and other topics with the potential for collective action, even if they’re urging pro-government action.
“They’re blind to the substance,” said Harvard professor Gary King, who helped run the study. “They’re interested if someone outside the government can move people. That’s all they care about. The main thing that would stop the great thing they’ve got going — unlimited power, access to untold riches — is their own people, or someone who can generate protest in some substantial way.”
In the eastern province of Zhejiang, authorities over the past year have raided some 130 churches and removed crosses from their steeples, in some cases demolishing the buildings. Religious scholars say government leaders have watched with alarm as Christianity has flourished in the province, and as the Christian population nationwide approaches China’s 85 million Communist Party members.
China has long allowed five religions, including Catholicism and Protestantism, but only with state-sanctioned leadership. Yet the authorities this year have clamped down even on members of state-approved churches while announcing last month the creation of a “Chinese Christian theology” that reportedly will impose new rules on the churches.
“It hasn’t been this bad since the Cultural Revolution,” said U.S.-based pastor and researcher Guo Baosheng, referring to a decade-long political purge kicked off by leader Mao Zedong. “Xi Jinping wants to be another Mao. He’s targeting anything that might come from the West.”
Zhejiang authorities have said they were only enforcing building codes when they dismantled churches and crosses, though worshippers believe they were targeted for other reasons.
“They’re afraid all these Christian churches will rise up and defeat the Communist Party,” said a Zhejiang man whose church was raided by hundreds of police two months ago. He agreed to be identified himself only by his family name, Wu.
“How could they even think that? We have no ties to foreign churches,” Wu said. “We just believe in God.” Jack Chang, Beijing, AP