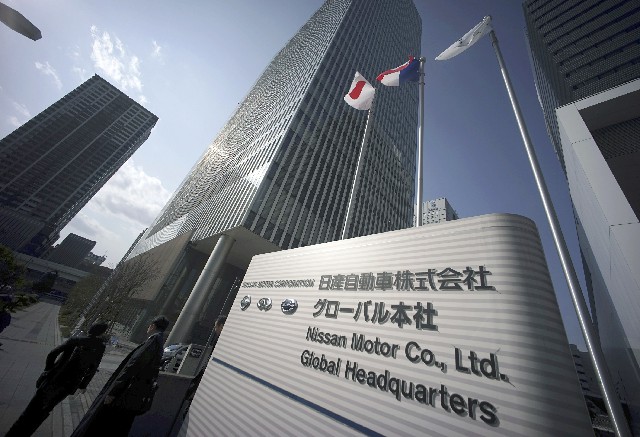 The senior manager at Nissan Motor Co. who led the probe into excess compensation for Chief Executive Officer Hiroto Saikawa and other executives is resigning, people with knowledge of the matter said, the latest sign of chaos engulfing the Japanese automaker’s top ranks.
Christina Murray, Nissan’s vice president in charge of audit and compliance, will leave the carmaker as soon as Sept. 10, said the people, who asked not to be identified because the information isn’t public. She began the investigation into overpayments in June, when former executive Greg Kelly said in a magazine interview that Saikawa had improperly received 47 million yen (USD439,000) in 2013.
The latest sign of discord in the upper echelons is another headache for the automaker following the arrest of Carlos Ghosn, charged with financial crimes along with Kelly in November. Since then, Nissan’s corporate governance has come under intense scrutiny, forcing the automaker to bring in more independent directors and establish oversight committees.
Murray, who has been at Nissan since joining the company’s U.S. operations in 2006, didn’t immediately return requests seeking comment. Koji Okuda, a spokesman for Yokohama-based Nissan, declined to comment.
Saikawa told reporters in Japan on Thursday that he and several other Nissan executives received excess compensation. They include Hari Nada, a central figure in Ghosn’s downfall, as well as Executive Vice President Asako Hoshino, people with knowledge of the matter have said.
Any overpayment was arranged by an office headed by Kelly at the time, Saikawa has said, according to two of the people. Saikawa, who became CEO in 2017, said he didn’t know specific details about the payments back in 2013 and would return any overpaid compensation. The company is not asking Saikawa to resign as the internal probe found he wasn’t intentional and there is no illegality, the people said.
Revelations that executives received excess pay via stock appreciation rights followed an internal investigation presented to a Nissan oversight committee on Sept. 4, the people said. The findings will be reported to the board of directors when they meet on Sept. 9., the company said.
Nissan is considering abolishing the payment system, which was first introduced in 2003 as an incentive for managers, Asahi reported Saturday, without saying where it got the information.
Ghosn, who deepened Nissan’s alliance with Renault SA and drove the company’s strategy for decades, was arrested for financial crimes in November and is awaiting trial in Tokyo. Nada used to be the head of Nissan’s CEO office, and struck a plea-bargain deal with prosecutors ahead of Ghosn’s arrest, according to the former chairman’s lawyer, Junichiro Hironaka.
Ghosn has denied the charges against him, which include that he under-reported his own compensation from Nissan. Murray also oversaw Nissan’s internal investigation into Ghosn.
Saikawa’s comments on Thursday delayed the pricing of a 250 billion yen bond issuance the same day, a rare occurrence in the yen bond market. The carmaker is also grappling with a plunge in earnings and the ongoing fallout from Ghosn’s arrest. Nissan’s shares have slumped 23% this year, on track for its worst annual performance since a 74% decline in 2008. Ma Jie & Masatsugu Horie, Bloomberg