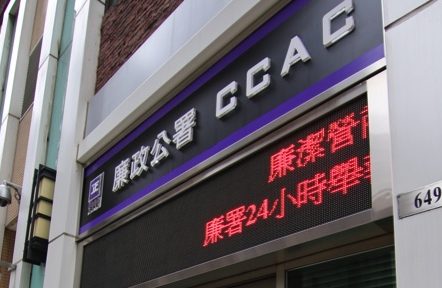 The Commission Against Corruption (CCAC) completed the investigation into the donation of RMB100 million (MOP120.5m) by the Macau Foundation to Jinan University claiming that it did not breach the law and that the Chief Executive cannot be considered a representative of Jinan University.
CCAC also claims that the bodies of the local foundation “have the decision-making power regarding whether or not to approve the funding.”
According to the CCAC, the key element to judge whether the funding is illegal or not was to “clarify whether or not the Chief Executive and some of the members of the Board of Trustees, who were also the vice president and the members of the board of directors of Jinan University, could be considered as the ‘representatives’ of the university.”
In a statement released yesterday, the commission argues that the duty of the Board of Directors of Jinan University is to assist the Overseas Chinese Affairs Office of the State Council in Jinan University’s development.
“It is the board members’ duty to supervise and give opinions on the operation of the university, but it is not their duty to act as representatives of the university on external matters. Moreover, they were not authorized to represent the university when making the application to the Macau Foundation. Therefore, the Chief Executive and those members of the Board of Trustees cannot be considered as ‘representatives’ of Jinan University,” CCAC claims.
The corruption watchdog’s investigation follows a complaint filed on May 12 by the Macau Youth Dynamics, which claimed that the donation to Jinan University is in violation of the law.
The complaint also noted that there is a “conflict of interest,” since the Chief Executive, Chui Sai On, has a double role as the president of the Board of Trustees of the Macau Foundation and vice chairman of Jinan University Council.
CCAC adds that the Board of Trustees of the Macau Foundation discussed the funding application at its meeting on April 13, 2016. The Board agreed to grant RMB50 million for the construction of a media studies center for Jinan University this year. Next year, it will continue to fund the construction of other development projects on campus, with the upper limit not exceeding RMB50 million. CCAC cites a statement from the person-in-charge of the Macau Foundation, mentioning that the Board of Trustees accepted the application for funding, and that Jinan University has submitted all documents related to the funding (such as tendering, bid evaluation and land-use rights).
Nevertheless, since the details of implementation relating to the funding are still under discussion, the person-in-charge informed that amount would be paid only after reaching an agreement.
CCAC also states that the Statute of the Macau Foundation mentions that its activity is developed predominantly in Macau. However, it may develop exchanges and cooperation with institutions or entities whose activities are compatible with its purpose, which is “to promote the development and the study of cultural, social, economic, educational, scientific, academic and philanthropic activities.” PB

Scott Chiang, president of the New Macau Association and member of the Macau Youth Dynamics, reacted to the CCAC investigation: “I’m afraid that I’m not surprised. It is increasingly more probable that the CCAC does a better job defending the government’s conduct than to try to help the government to correct itself,” Chiang said, cited by TDM.