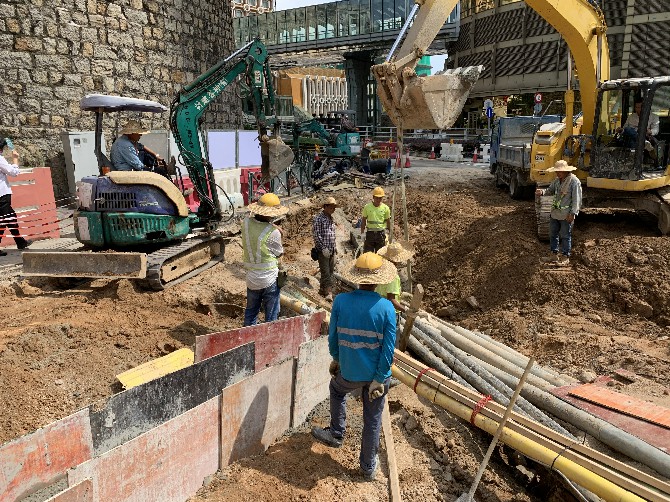 The number of non-local residents working in the SAR is down by 7,900 as of April, compared to the end of 2019, according to Chan Un Tong, deputy director of the Labour Affairs Bureau (DSAL).
Non-local workers have been struck by the crisis of the pandemic outbreak, with many losing their jobs.
Yesterday, during a TDM radio program, some listeners complained about unemployment among local residents since the outbreak of Covid-19, accusing the DSAL of failing to find new jobs for Macau people.
During the radio broadcast, some callers voiced their resentment, asserting that local residents had become unemployed while non-locals retained their positions.
The DSAL director disagreed, stating that since January, the bureau has helped over 1,000 local residents to get a job. These jobs spanned the sectors of construction, security, cleaning, catering, retail and transport, among others.
Chan stated that it is up to local residents to fill the job vacancies created by the departure of non-local residents.
The DSAL kicked off subsidized courses during the Covid-19 outbreak in order to “help affected workers to increase their professional skills in a short period and quickly integrate them into jobs of a technical nature to alleviate economic pressure caused by the epidemic.”
The trainees who underwent the first phase of subsidized courses were primarily those who had become unemployed due to the epidemic. These included former tour guides, taxi drivers and tour bus drivers, as well as other workers in the transport and convention and exhibition sectors. Those who have participated in the training have an allowance of up to 6,656 patacas upon completing the program.
Earlier, Secretary for Economy and Finance Lei Wai Nong revealed that there are currently 8,700 unemployed people in the local community. Of these, 1,900 were dismissed.
Last month, DSAL data showed that Macau’s number of non-resident workers fell 2% between the end of January and the end of last month to 189,518.
The total labor force in February to April was 403,100 and the labor force participation rate was 70.0%. Total employment was at 394,200 and the number of employed residents totaled 277,900, down by 3,200 and 2,300 respectively from the previous period. JZ