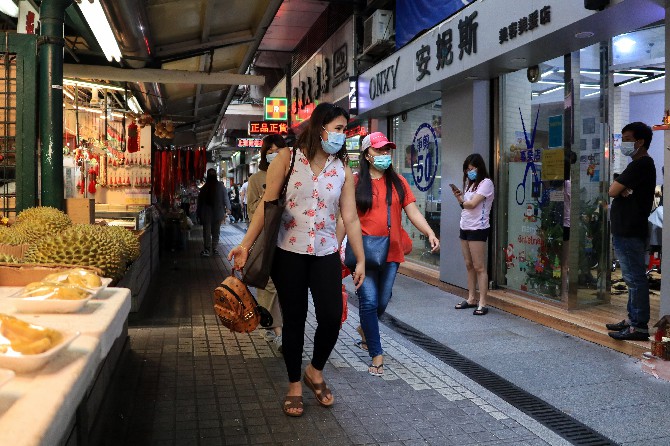 Foreign workers aiming to find jobs in Macau will soon face additional difficulties in accessing the documents that allow such work. Analysis and discussions about the bill that the government has been preparing to promote amendments to the laws regarding hiring non-resident workers (TNR) have concluded at the Legislative Assembly’s Third Standing Committee. The bill is ready to be sent to the hemicycle, the committee’s president Vong Hin Fai said yesterday during a media briefing after the committee’s last meeting on the topic.
Among the most significant changes being promoted for the new law are the requirement for all unqualified and domestic workers from overseas to have an entry permit on arrival to Macau in their possession, and also the application of the same rules to the TNRs already working in Macau, should they need or want to change employer, Vong clarified following questions from the media.
“If the worker and the employer terminate the labor relation, then the worker needs to return their blue card to the authorities. If the worker finds another employer they must abide the same rules [stated by the new law] and need to [first] obtain an entry permit and then enter Macau coming from abroad,” Vong said. He added that the bill, by a decision of the government, does not state that the worker needs to arrive at Macau from their country of origin, saying, “[the workers] can be [coming] from Zhuhai or Hong Kong, for example.” However, Vong acknowledged that such a possibility does not apply at the current moment due to the enforcement of the anti-epidemic border restrictions.
Speaking further on the topic, the president stated that the government has also clarified to the committee that the entry permits are just one of the requirements for the workers to access the blue cards, noting that the ability to enter Macau “does not mean that the access to the blue card is guaranteed.”
“This is not the only requirement. This is just one of the requirements to get a working permit in Macau. For the others, the process will run the normal formalities that have not been changed in this law amendment,” Vong said, adding, “This would not affect the current regime regarding the need for the employers to request to the Labour Affairs Bureau the authorization for hiring as well as the remaining process, including to request the Public Security Police Force the final authorization of permanence (blue card) after the services have concluded the evaluation and all procedures.”
The committee president also said that once the bill is finally approved by the plenary, the law would enter into force 90 days after its publication on the government official gazette. The period of three months is justified by the need of the government to also update some associated administrative regulations.

Employment relationship begins with the use of entry permit
One of the issues that has previously raised concerns among the lawmakers of the committee addressing this bill was regarding the definition of when the employment relationship between the employer and the non-resident worker begins.
Vong clarified that in the final version of the bill, it is clear that this relationship starts with the use of the entry permit.
“We know that one of the duties of employers is to pay for the trips of the labor force hired from abroad, so in this sense, it was clarified that the labor relationship starts at the time of the issuing of the entry permit or at least when this entry permit is used to enter Macau,” he said, explaining that this was a topic that the committee dedicated a lot of time to because it was a very complex matter and resulted in different opinions.
“On the government’s final reply, they say that when the worker enters Macau [in the possession of the entry permit], the immigration department of the PSP issues him a temporary authorization of permanence so, from this time on, the labor relationship [officially] starts and the worker can start working in a legal way for the employer,” Vong explained, saying, “This will be the criteria for the execution of the law in the future.”

Law alone would not solve all problems
Questioned on the topic by the media, Vong admitted that this law alone “would not be able to solve all problems related to TNR,” adding that the government is also well aware of that.
The search for employment among people on tourist visas and the so-called “U-turns” that allows extensions of permanence while not in an employment contract, will have to be solved through several methods and laws, he said. Vong also specifically mentioned the bill of the regulation of the recruitment agencies, “we are also currently analyzing here in this committee,” as well as other specific immigration-related laws.
“This law is the first step to introduce improvements in the process. We can regulate the [job-seeking] tourists through other laws namely [targeting] the [recruitment] agencies and others regarding immigration,” Vong concluded.