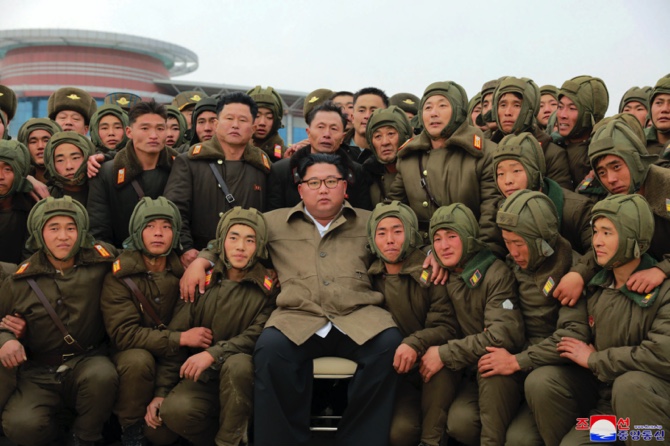 North Korea yesterday responded to a tweet by U.S. President Donald Trump that hinted at another summit with North Korean leader Kim Jong Un, saying it has no interest in giving Trump further meetings to brag about unless it gets something substantial in return.

The statement by Foreign Ministry adviser Kim Kye Gwan is the latest call by North Korea for U.S. concessions ahead of an end-of-year deadline set by Kim Jong Un for the Trump administration to offer mutually acceptable terms for a deal to salvage nuclear diplomacy.

Following a U.S. decision over the weekend to call off joint military exercises with South Korea to create space for diplomacy with the North, Trump in a tweet urged Kim Jong Un to “act quickly, get the deal done” and hinted at another summit between them, saying “See you soon!”

But Kim Kye Gwan reiterated his government’s stance that Washington must discard what North Korea sees as “hostile” policies to keep the negotiations alive.

“Three rounds of DPRK-U.S. summit meetings and talks were held since June last year, but no particular improvement has been achieved in the DPRK-U.S. relations … the U.S. only seeks to earn time, pretending it has made progress in settling the issue of the Korean Peninsula,” he said in a statement carried by the official Korean Central News Agency, referring to North Korea by the initials of its formal name, the Democratic People’s Republic of Korea.

“We are no longer interested in such talks that bring nothing to us. As we have got nothing in return, we will no longer gift the U.S. president with something he can boast of, but get compensation for the successes that President Trump is proud of as his administrative achievements.”

Kim Kye Gwan is a veteran diplomat who led the North Korean delegation at much of the now-dormant six-nation nuclear disarmament talks held in Beijing in 2003-2008.

His statement came hours after KCNA reported that Kim Jong Un supervised a parachuting drill by military sharpshooters and vowed to build an “invincible army,” displaying more defiance despite the decision by the U.S. and South Korea to shelve their drills.

It was North Korea’s second publicized military drill in three days. A report Saturday said Kim urged combat pilots to prepare against enemies “armed to the teeth” while attending a flight demonstration.

North Korea has been ramping up missile tests and other military demonstrations in recent months in an apparent pressure tactic over the talks.

Negotiations have faltered since a February summit between Kim and Trump in Vietnam which broke down after the U.S. rejected North Korean demands for broad sanctions relief in exchange for a partial surrender of its nuclear capabilities.

Kim later issued his end-of-year deadline and has also said the North would seek a “new path” if the United States persists with sanctions and pressure.

Working-level talks last month in Sweden broke down over what the North Koreans described as the Americans’ “old stance and attitude.”

North Korea last week said the United States has proposed a resumption of negotiations in December. Kim Myong Gil, who was the North’s main negotiator for the Stockholm talks, didn’t clearly say whether the North would accept the supposed U.S. offer and said the country has no interest in talks if they are aimed at buying time without discussing solutions.

He said North Korea isn’t willing to make a deal over “matters of secondary importance,” such as possible U.S. offers to formally declare an end to the 1950-53 Korean War, which was halted by a cease-fire, not a peace treaty, or establish a liaison office between the countries.