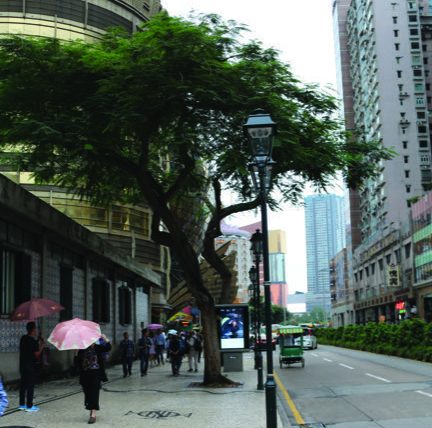 From its launch in January 2018 to September this year, IAM has received a total of 8,168 complaints on its online complaint platform, with 4,003 being related to trash piling up on the streets and 1,012 concerning public road maintenance.

Approximately 99% of the cases were given a preliminary response within 24 hours of receiving them, while 90% of complaints were completely handled within seven days.

On average, 169 repeated complaints were recorded each month in 2018, whereas in September this year that number was 57.

In terms of hygiene, IAM has placed 89 compressed trash cans on the streets. The number of common trash cans has been reduced from over 1,600 to 135.

IAM has plans to renew 10 public bathrooms this year.

In terms of greenery, IAM has replanted 2,800 trees. Following the two severe typhoons the city has faced in recent years, IAM has recovered 35 hectares of forest and replanted 35,000 trees.

On Friday, the IAM advisory committee held a plenary meeting where the committee decided to cancel plans for creating public bathrooms for dogs.

According to IAM, the original design of the bathrooms was not fulfilled. Macau has nearly 30 public bathrooms exclusively for dogs, including 20 on Macau Peninsula, seven in Taipa and two in Coloane.

The bureau will replace the bathrooms with boxes, which are said to be more effective.

Complaints show that there is still a serious problem concerning dog urine in the streets, however.

IAM also plans to relocate the Dog Walking Areas in Taipa Central Park to another location near the park.JZ