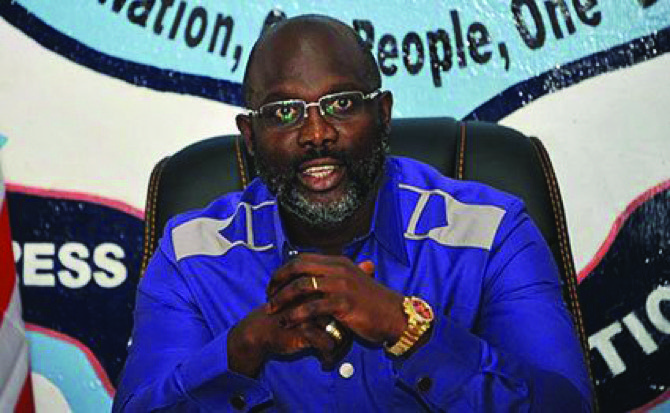 A spokesman says Liberia’s president is working from home after two snakes were found in the building that contains his office.

Deputy press secretary Smith Toby tells The Associated Press that former international soccer star and President George Weah was told to stay away until the Foreign Affairs building can be fumigated. He is expected back in the office today (Macau time).

The black snakes were seen this week briefly emerging from a hole in a wall of the building’s reception area. Liberia is home to poisonous snakes and officials are not taking chances.

The deputy press secretary says the fumigation has begun to take care of “crawling and creeping things.”