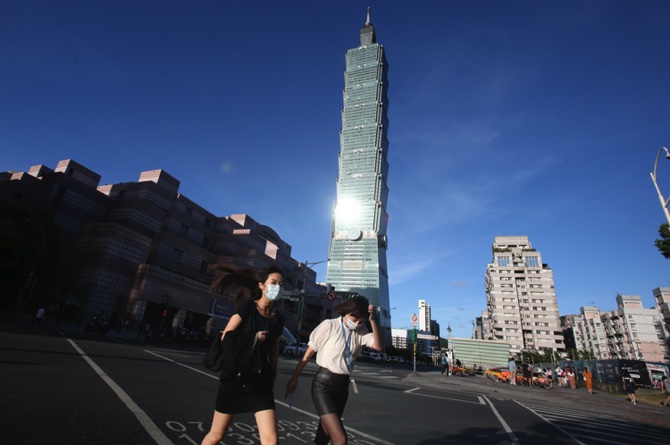 It’s natural for China to feel angry and oppose the recent visit to Taiwan by United States House Speaker Nancy Pelosi, because the trip openly violates the one-China principle and challenges China’s territorial integrity and sovereignty, experts said while explaining China’s reaction and the severe countermeasures it has taken.

It’s clear that the two sides of the Taiwan Straits are the same country, and the Taiwan question, which is purely China’s internal affair, brooks no interference by foreign forces, they said.

Traveling in a military aircraft, Pelosi－second in the line of succession to the US president－last week paid a high-profile “official visit to Taiwan”, as her office described it in her arrival statement, and was given full protocol treatment by Taiwan’s Democratic Progressive Party authorities, which make no secret of pursuing “independence” in their party platform.

Hundreds of millions of Chinese watched, discussed and were outraged by the provocative trip that was also followed by unprecedented countermeasures by the Chinese government, including canceling three cooperative dialogues or meetings with the defense authorities of the US, suspending climate talks, and conducting live-fire drills surrounding the Taiwan island.

Bao Chengke, assistant director at the Institute for East Asian Studies in Shanghai, said that the visit has trampled on the one-China principle and China’s national sovereignty, and was a move that in nature promoted the concept of “one China, one Taiwan”.

To the Chinese side, the one-China principle is a bottom line that cannot be crossed. It has been reiterated numerous times by the Chinese government, and is firmly believed by the Chinese people, that the island of Taiwan has been an inseparable part of China’s territory for 1,800 years and it’s crystal clear that the two sides of the Straits belong to one China.

It was even worse that Pelosi turned a deaf ear to repeated warnings from the Chinese government and still made the trip, Bao said, adding that when something like this happens, it’s reasonable for any country to feel angry and take severe countermeasures.

Lin Kuan-ting, a young man from Taiwan who is studying on the mainland, said he opposes the visit and the US should not interfere in the Taiwan question as the island has always been a part of China. Another Taiwan student on main-land, Lin Pei-ying, said the visit seriously hurt the feelings of compatriots on both sides of the Straits, and the contradictions between the two sides are purely our family matters.

When China and the US established diplomatic relations in 1979, the US recognized in the joint communique with China that the government of the PRC is the sole legal government of China. Since then, the US has long been committed to not developing official relations with Taiwan.

“President Biden has said many times that the United States will not change its one-China policy and does not support ‘Taiwan independence’. But for the ‘Taiwan independence’ forces, Pelosi’s visit represents an exceptionally strong signal that ‘the US is on Taiwan’s side’. This goes against the one-China principle, the three Sino-US joint communiques and America’s own commitments,” the article said.

Wu Yongping, director of the Institute of Taiwan Studies at Tsinghua University, said that US support for “Taiwan independence “separatists is a fundamental reason why the Taiwan question is so difficult to resolve.

The US has tried to obscure and hollow out the one-China principle, Wu said, adding that it has colluded with “Taiwan independence” forces on the island and elevated relations with the island in various ways, including arms sales.

After the DPP came to power in Taiwan, it refused to recognize the 1992 Consensus which embodies the one-China principle, creating an increasingly tense and confrontational atmosphere across the Straits, according to Bao from the Institute for East Asian Studies.

Despite the complex situation, experts believe that the two sides of the Straits must be reunified in the future, which is also the will of the entire Chinese nation.

The mainland has great patience in dealing with the Taiwan question, and it has been working to promote integrated development and cooperation between people across the Straits in order to gradually overcome the resentment and differences and find the path of future reunification, Bao said.

Wu said the mainland’s ability to resolve the Taiwan question has been increasing as well, which could been seen in the recent countermeasures, and no other forces should underestimate such ability and China’s determination to safeguard its sovereignty and unity.