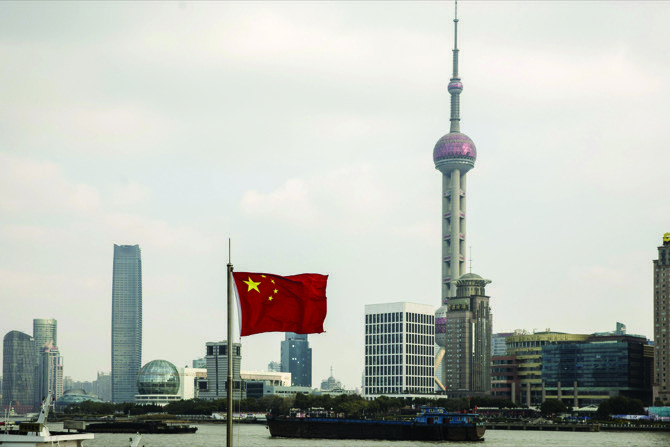 In the past decade, China has relied primarily on credit growth to fund its economic ambitions. The country’s banks are now feeling the constraints of this lending binge and need to raise a lot of capital over the next couple of years.

The way China handles this challenge will determine its economic health. With 267 trillion yuan ($39.4 trillion) of total assets, and home to the world’s four largest banks by this measure, the country’s financial system doesn’t operate in isolation. Whatever happens in China will have a global impact.

Major Chinese banks raised or announced plans to raise 343 billion yuan in 2018, according to a recent note by Nomura Holdings Inc. That’s well below the estimates of UBS Group AG, which just last year said these firms would need 1 trillion to 3 trillion yuan, depending on the targeted capital-adequacy level. Neither forecast counts the additional funds the big four banks need to meet Basel III requirements for systematically important institutions by 2024.

The fundamental problem is the conflicting pressures on the sector. Despite talk of deleveraging in 2018, as nominal GDP growth slowed to 9.7 percent, total loans outstanding grew 13.5 percent. To prop up the economy, Chinese banks have been lending well in excess of deposit growth. Since the beginning of 2016, as loans outstanding grew 41 percent, deposits rose just 29 percent. That put balance sheets under increasing strain. Officially, capital adequacy ratios improved to 13.8 percent in 2018 from 13.4 percent two years earlier. In reality, this was only achieved with an accounting sleight of hand.

With the Chinese economy slowing, Beijing has been leaning on banks both to absorb the build-up in shadow assets and continue lending to drive investment-dependent growth. With new loans outpacing new deposits by 20 percent in 2018, and a similar trend expected this year, capital is becoming increasingly constrained. Almost every cut to banks’ reserve requirements over the past year has coincided with a significant repayment to the central bank. In other words, banks are borrowing from themselves to reimburse the People’s Bank of China.

Banks simply don’t have the ability to continue lending as much as they do without additional capital.

Chinese banks and regulators thus need to establish a plan to raise funds. They’ve made a start: On Thursday the PBOC announced measures to help banks raise capital by issuing perpetual bonds. Whether officials also consider convertible bonds or secondary offerings — to name just a few of the possibilities — they need to speed up approvals and encourage firms to address their balance-sheet weaknesses more promptly. Waiting for an economic slowdown or external event to raise capital isn’t a wise strategy.

As Beijing comes under fire for favoring state-owned firms over private ones, it should urge the larger dinosaurs to deleverage faster, making it easier to allocate credit to smaller enterprises. China needs to move away from favoring the firms that consume the largest amounts of capital inefficiently.

Bank-capital levels may not grab headlines, but continuing to lend faster than deposits are growing and reducing the ability to cushion a slowdown can only continue for so long. Regulators need to address this problem before it becomes a crisis. Christopher Balding, Bloomberg