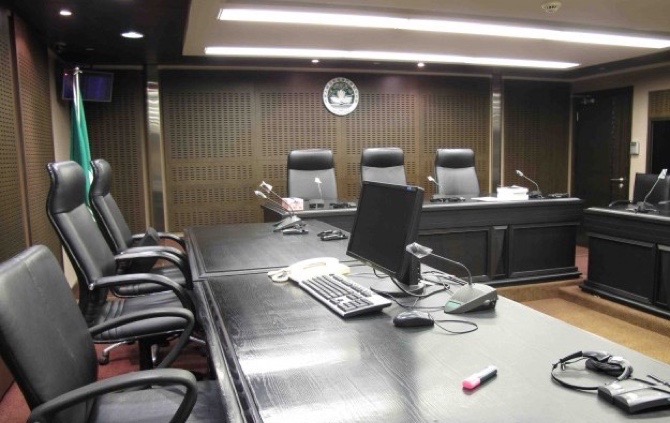 Can you picture a referee wearing football boots and goalkeeper’s gloves awarding a penalty kick, shooting the ball and running to the goalposts to save the shot? In Macau courts, we can.

The trial starts with the defendant being questioned by judges for as long as they wish. Once they’re done, the prosecutor first, and defense counsel next, tell the presiding judge the questions they wish to see addressed, which the judge then puts to the defendant. Often, the judge argues with counsel – not so much with the prosecutor – over the relevance of their questions, allowing some, and barring others from being asked.

The spectacle can be so ludicrous, with defendants listening to questions bouncing back and forth between professionals dressed in black before they are called by the judge to address them, that judges, using their sense of justice, often correctly authorise direct questioning. Civil parties arguing over damages, and experts such as doctors and engineers are also, for ungraspable reasons, questioned by judges. The dream of a defense strategy and spontaneous examination is left in tatters.

The law seems to have given the notion of a fair process a break regarding witnesses, who alone, for some reason, can be questioned directly by the prosecution and defense. Everyone else is examined by the judges. But it’s not that easy. Judges can question witnesses whenever and for as long as they wish, interrupt defense lawyers (which happens often) or prosecutors (which seldom does), and even start and exhaust examination before the defense lawyer and prosecutor have begun doing their job. The latter doesn’t happen often, but when it does it is unlikely that a retrial will be ordered on appeal.

And then, there are witnesses and witnesses: if the victim of the crime chooses to hire a lawyer to assist the prosecutor, he or she will be directly questioned by judges, not by counsel. Why? Good question. If witnesses need to be examined earlier because they may not be available on trial day, questioning falls to the judges as well. Why? Another intriguingly good question. Suppose that counsel requests a direct confrontation between witnesses – you’ve just guessed who will do the questioning.

What if the prosecutor concludes that there was no offense and wishes to abandon the charge? The judge will proceed with trial. And if the prosecutor fights for an acquittal at trial and on appeal? The judge can still convict the defendant. Remarkably, in such a context the trial judge assumes ownership of the charge, acting as both accuser and adjudicator – precisely what the law book was designed to avoid.

In the worst-case scenario, judges can (1) become accusers, (2) chair the trial session (admitting or rejecting evidence and managing the session), (3) introduce new evidence, (4) question the defendants, civil parties, experts and witnesses, and (5) convict them. Macau inherited this system from Portugal, which borrowed it from elsewhere. Labelled the “inquisitorial system,” it plays hide-and-seek with fairness and due process, with the potential to turn advocates and defendants into near passive-beggars of justice.

When asked why we concentrate all this power on the one person when you have at least two other professionals in the room (defense counsel and prosecution), many will answer promptly: “Because the judge is impartial.” Yet, impartiality is the end, not the starting-point. Under this numbing argument, one could wonder whether perfection could be achieved by placing judges in the prosecutors’ and advocates’ seats.

Relying on the judges’ impartiality to justify their extensive functions is like choosing the lightest car because it drives fast, and then loading it with heavy luggage from the boot to the passenger’s seat. Like the car’s speed, impartiality can be annihilated by filling the judges’ plate with too many powers and roles. It not only impacts court practices, it also fuels a judicial culture imbibed with excessive exertion of power.

It goes without saying that there are challenges in any truth-seeking system where fundamental rights and liberties are at stake and no magic solution can be offered. But a sacred goal must be to put forth the necessary conditions for an impartial decision-maker.

Impartiality is not derived from announcements in law books and rules do not create inherently impartial people. Their goal is drawing up legal roles that make impartiality possible. We see hundreds of practicing lawyers and academics sitting successfully as impartial “judges” in complex arbitrations worldwide – they switch robes and embrace a new role.

Macau’s criminal system, although defective and performing below its due, still seems to work in a relatively satisfactory fashion, not thanks to its design, but in spite of it, due to publicity, free press, general ethics, and a judicial culture inherited and shared by judges. However, just as no successful army can depend on heroes, no prosperous social institution can seek to rely essentially on personal virtue, which is sometimes present, and sometimes is not.
Jorge Menezes, Lawyer