Our Desk | On driving artsy Macau 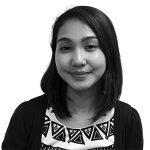 “See things, travel, build up experiences and [bring them] back to the work. If you don’t see enough, haven’t traveled enough and haven’t tried to invest in new things, you cannot [evolve] as an artist.”

I was speaking with an artist – based in China – and asked what advice she would give to those emerging artists that are making their way into the art scene, and that was what she replied.

These invited artists, who are currently in Macau, have nothing but good words about Art Macao, with one noting that the large- scale exhibition has become an example for China.

When the artist spoke on China, I asked whether there was a significant difference in terms of artistic freedom and expression, given the strict limitations that the country has in many aspects. All she answered was, “Macau and Hong Kong are freer.”

The ongoing mega-project of the Secretariat of the Social Affairs and Culture has paved the way for artists from around the globe to visit Macau and take in what the city has to offer.

The artists from Macau and neighboring regions alone are not enough to complete this MOP34.6 million project, making it necessary to invite a number of global artists – many of which I suppose were invited by the gaming operators themselves.

It isn’t a secret that local artists – at least those with whom I have spoken – are finding it challenging to make their way into the scene given the limited platform we have in Macau.

Establishing themselves in the art world has been tougher due to the growing competition between artists and the high costs of the region, hence the rent for gallery spaces.

In China, one of the main problems that evolving artists have, according to the artist I spoke to, is a lack of creativity, as technical skills and historical background can be taught but creativity is harder to learn.

“A lot of Chinese artists’ skills are very good, but creativity is very hard because in creativity you have to talk about research – [which is limited] in China.”

That’s when I thought that maybe emerging artists in Macau are still much more privileged to have wider and easier access to this industry, with still less competition compared to the city’s neighboring region.

Art Macao has given gaming operators a convenient opportunity to invest a significant amount of their resources in a bid to promote the arts, contributing MOP3 million each.

Macau has long been aiming to promote arts of different mediums, but for some reason many of its attempts didn’t really work. That’s despite huge investments into the area, as mentioned by Secretary Tam during an official opening ceremony of an exhibition at a local hotel property.

The city has to admit that the gaming operators play a huge part in this festival, with one gaming operator bringing in over 20 artists from different regions in a bid to create an exchange with local art enthusiasts.

As the Secretary previously expressed that culture and art will be important elements that will drive the city’s tourism sustainability growth – I think that so far, Art Macao is a good example of ways to bring that growth in.

In the meantime, what we could do is support emerging local artists to “see things, travel, build up experiences,” so that the next time we see their works, not only do we have the usual and more common Macau, China or Portuguese-influenced art, but broader artworks that are rooted in an assortment of different cultures. 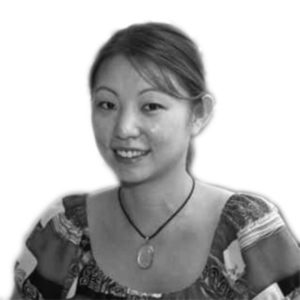