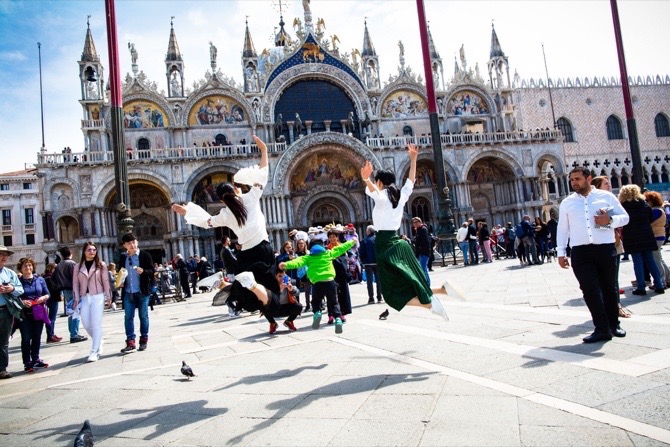 If you’ve been to Venice, you get it. Even the most jaded globetrotter can’t help but do a double- take at the sheer originality—and beauty—of the centuries-old city built entirely on water.

Yet even the quickest visit reveals that Venice is no longer a living city, with scores more tourists than actual Venetians crowding its lagoon, bridges and walkways. The numbers bear that out. The city’s population basically peaked in the 1500s, and though it rallied again to near 16th century levels in the 1970s, today there are just one third as many Venetians as 50 years ago.

Once the Mediterranean’s paramount city state, Venice today seems powerless to arrest the trend of ever more tourists and ever fewer residents. When a mammoth cruise ship rammed into a boat packed with tourists earlier this month leaving four injured, civic associations and the dwindling number of Venetians were quick to remind what they have been saying for years: the lagoon is too small and too crowded to accommodate the jumbo cruise ships that appear daily in high season.

But Venice can’t stop. More museum than modern city, it’s addicted to the cash the tourist hoards bring in. Traditional industries like chemicals and steel are disappearing and Italy’s development ministry has even declared the region as in industrial crisis. With little left beyond tourism, the city known as the Serenissima appears to have little choice.

The accident was “a direct consequence of years of choices in the name of money,” said Claudio Vernier, who heads the Piazza San Marco business association and manages an ice cream shop on the square. “The city is plagued by over-tourism. Services can’t keep up with the increasing demand for fast-paced, cheap tourism.”

Nearly 5 million tourists visited the city in 2017, compared with 2.7 million in 2002, according to data from the city’s hotels, which do not take into account the thousands of bookings with Airbnb Inc. and similar services. Meanwhile, the resident population has shrunk below 60,000.

At street, or rather canal level, it’s clear something needs to be done to keep the numbers under control. In the car-free historical center, the wait for a spot on a “vaporetto”—the canal-borne local version of a bus—can be up to 20 minutes, despite the 6-euro (USD7) fare.

Elbow-to-elbow with sunburned souvenir hunters, residents say they’re fed up with half-hour waits for a glass of prosecco at the city’s signature “bacari” back-street bars.

And now they’re being forced to pay up like tourists too. Many business owners have abandoned the old two-tier pricing system that charged visitors more for food and services, meaning locals now pay the same inflated prices that outsiders do.

“Venice has become an impossible place to live,” said Nicola Ussi, a street merchant of souvenirs. “It’s too expensive and everything is designed to boost tourism.” Ussi supports the idea of a booking system that caps daily entries.

He is also a member of ASC, or “assemblea sociale per la casa”, an association of local residents that seeks to give empty or abandoned houses back to people and families. While this is illegal, because the houses belong to a public group which manages them, it has also helped bring some abandoned areas in the city back to life. One of them is a very central neighborhood on the island of Giudecca.

Alessandro Dus, 34, another ASC member, pays 10 euros a month in rent for a one-bedroom flat just across San Marco. Every day he faces the risk of eviction, with a post-it on his fridge reminding him that the next police visit is coming up in September.

If the high prices and throngs of visitors weren’t enough, climate change is also driving locals away. 2018 saw 121 days of high tides, with seawater rising 80 centimeters above sea level. Floods regularly wreak damage on lower floors of homes, restaurants and shops, and what was once a winter phenomenon is now happening more often, most recently on June 19 of this year.

If you chat with locals away from the hubbub along the main canals, talk invariably turns to flooding, and the word on every Venetian’s lips is “MOSE.” Everyone has an opinion on MOSE, a system of mobile gates being built just outside Venice’s lagoon to protect it from the impact of the Adriatic sea.

“MOSE has been a useless project,” Ussi said. “That should have been clear already 15 or 20 years ago when the debate started, but it’s now become a consensus view.”

The project, already way over budget at 5.5 billion euros and counting, is also behind schedule, and won’t be ready until at least 2022. Inspections found that hinges submerged since works began are already corroded. Some of the gates won’t rise, others won’t retract due to accumulated sediment. Some structural damage has even been blamed on colonies of local mussels.

Locals point to reports that corruption played a part in the system’s delays, cost overruns and technical failings, a view that confirms Venetians’ suspicion and resentment of money flowing in that’s passing them by.

“Politics and money are killing Venice,” said Alessandro Dus, a 34-year-old Venice activist. “A large vessel pays up to 30,000 euros a day to dock in the harbor, it’s hard to turn that down. Venice is the goose that lays the golden egg.” Chiara Albanese, Giovanni Salzano & Federico Vespignani, Bloomberg 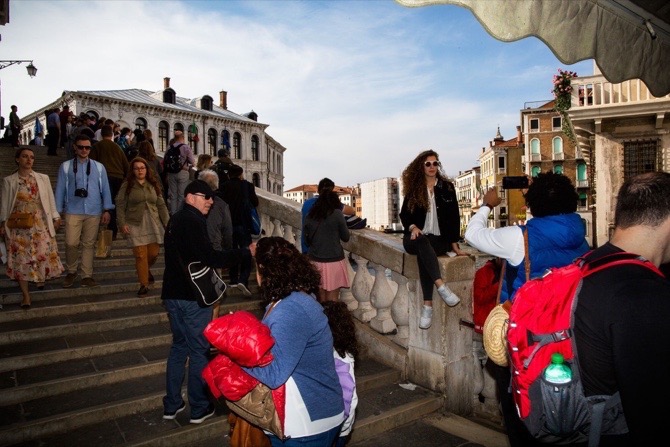 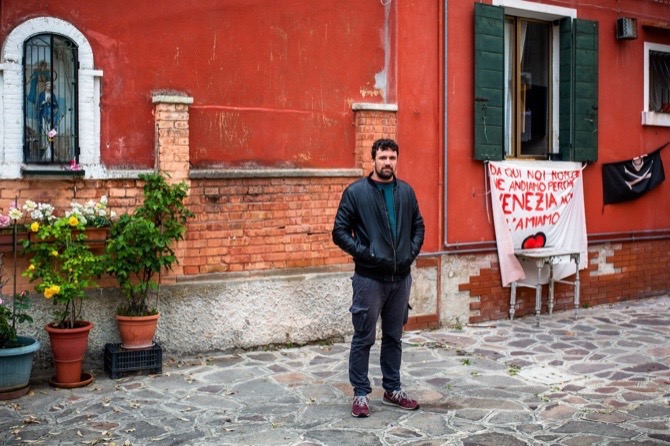 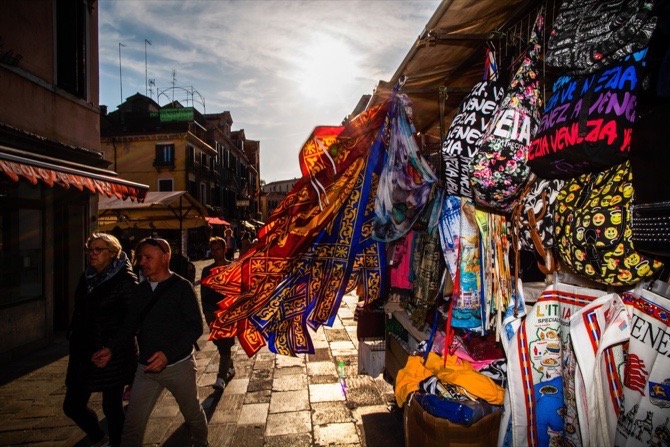