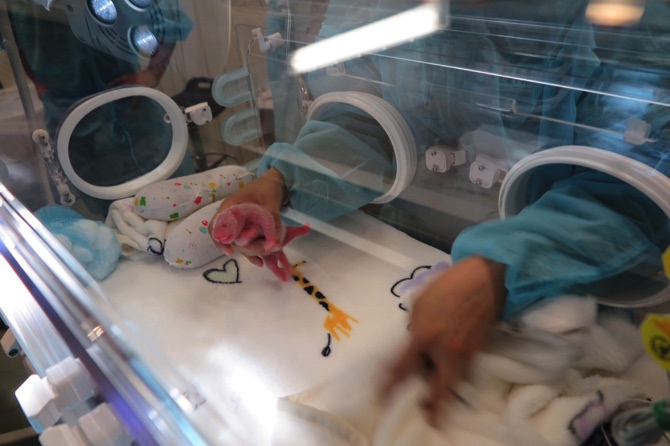 Panda Xinxin gave birth to twin cubs on Sunday, as announced in a brief statement made by the Civic and Municipal Affairs Bureau (IACM) to the media yesterday, at the IACM main building.
Xinxin gave birth to her first cub at 3.45 p.m. while the second one was born at 4.27 p.m., weighing 135 grams and 53.8 grams respectively.
After veterinary inspection, Xinxin and the first cub are in good condition, while the second cub is under 24-hour intensive care observation for being underweight.
Huang Wen Jun, a veterinarian from the Chengdu Research Base of Giant Panda Breeding in Sichuan province, informed that “it is very difficult to keep an underweight panda baby alive.” However, Huang assured that caretakers will try their best to help the cub survive.
The Chairman of the Administration Committee of the IACM, Lei Wai Nong, said that the smaller cub will be under human care until it can be safely handed back to the mother.
At this stage according to the IACM, the gender of the cubs is not ascertained. However, in light of the current situation, all signs indicate the two cubs to be males.
Regarding their names, Chan Hoi Fan Sonia, Secretary for Administration and Justice, told the media that “the IACM is at the time focusing primarily on providing the panda babies a comfortable living environment, therefore their naming will be revealed to the media later.” Information will be given to the public in the future.
The panda pavilion will be closed until July 11. IACM administration committee member Leong Kun Fong informed that the pavilion is preparing a diary to keep track of the babies’ growth. The public who are interested in knowing about the pandas’ latest progress will be allowed to check this diary. The IACM will also print panda-themed post cards and brochures.
On July 12, only the father panda Hoi Hoi will meet the visitors, according to Leong. He expects Xinxin and her cubs to meet the public when the cubs are six months old. Staff reporter 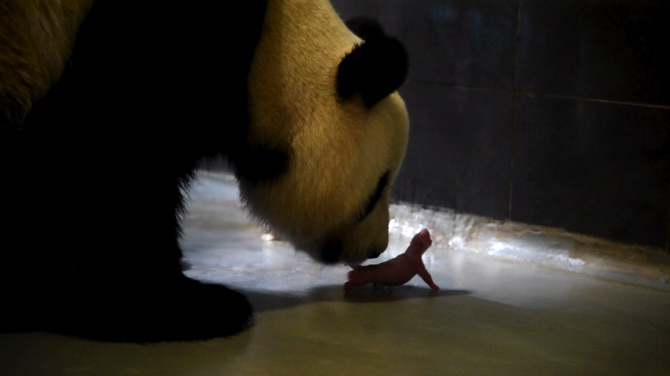 The giant panda Xinxin and her first new-born cub