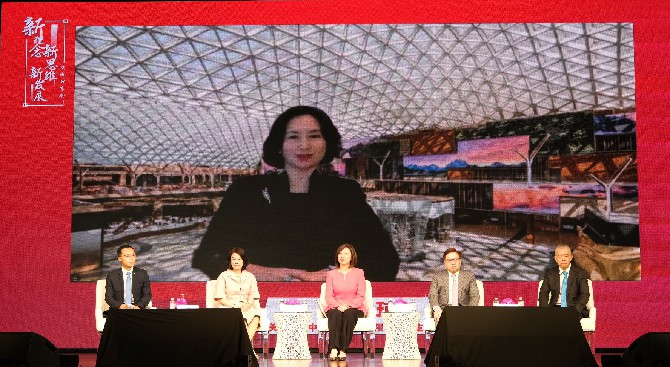 Co-Chairperson and Executive Director of MGM China, Pansy Ho, was a guest speaker in the “New Concept, New Mindset, New Development” sharing session held on October 17, where she recounted how MGM has pioneered the integration of cultural heritage and tourism over the past decade.
During the sharing session, Pansy Ho related MGM’s determination to take the lead in introducing original must-visit attractions.
“MGM is a pioneer and advocate of cultural tourism,” she said, according to a statement from the company. “Since our opening in 2007, we have broken with tradition and continued to integrate cultural heritage into tourism.”
Citing an array of international art and green building awards, the casino executive said that MGM’s properties are “not only the epitome of originality in architecture and design, but also masterpieces of art.”
The sharing session was one of the highlights of the “Dong Mingzhu Livestream Event Series” co-organized by Gree Electric Appliances Inc. of Zhuhai, Nam Kwong Cultural and Creative Industry Co.,Ltd, Sino-Luso Industry and Culture Exchange Promotion Association (Macao) and Macao Brand Innovation Association.