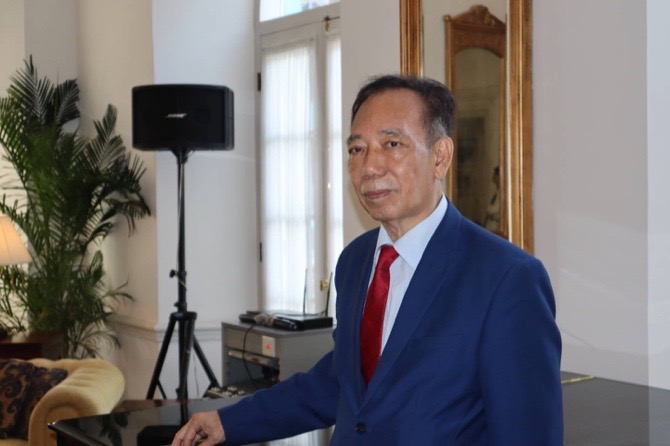 Steven Siu, the 73-year-old honorary consul of Papua New Guinea in Macau, announced his intention over the weekend to participate in the Chief Executive (CE) election on August 25.

Siu becomes the fifth candidate to put his name forward for consideration by the 400-member Chief Executive Election Committee.

Siu said that having started his career as a diplomat, he has learned how to overturn the climate of the local political circle, long dominated by businesspeople. He believes that if such a political climate persists long enough, the competitiveness of the city will weaken. He said he was “encouraged” by his friends to make the decision to participate in the election.

From his commercial background, he drew parallels between the Macau- China relationship and the relationship of a bank branch to its headquarters. The Chief Executive, according to Siu, is just like a branch manager.

If he is elected, he will use “the diplomat’s wisdom to harmonize” any conflict in Macau, he said.

Siu’s preliminary manifesto is mainly related to the economy. In order to diversify the city’s economy, he will work on the development of a stock market clearance center and a gold exchange. He will also encourage local students to study abroad, and aims to promote Confucian, Buddhist and Taoist cultures in Macau.

Siu said he was still striving for nominations. He felt confident in securing the minimum 66 nominations from the Chief Executive Election Committee.