Parades to be held at the Ruins of St. Paul’s 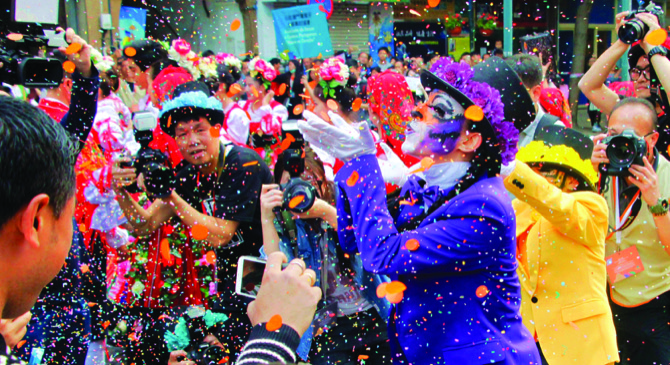 The Cultural Affairs Bureau (IC) will hold an “Art Promotion Mini Parade” this weekend at the Ruins of St. Paul’s.

In addition, the 2018 Macao International Parade, organized by the IC, will be held on December 16 to celebrate the 19th Anniversary of Macau’s handover to China.

The arts groups that will join the “mini parade” will depart from the Ruins of St. Paul’s, passing through Rua de S. Paulo and Rua de Santo António to arrive at St. Anthony’s Church, and will return along the same route.

This year’s Parade will also have various foreign art groups and artists including Artistic Intervention Projects, from Portugal, Lívia Mattos, from Brazil, and Ryukyukoku Matsuri Daiko, from Japan.

Next week, additional outreach performances and activities of the Parade will be held in different places in Macau.