Parallel gaming was widespread across all VIP rooms in Macau, Chau says 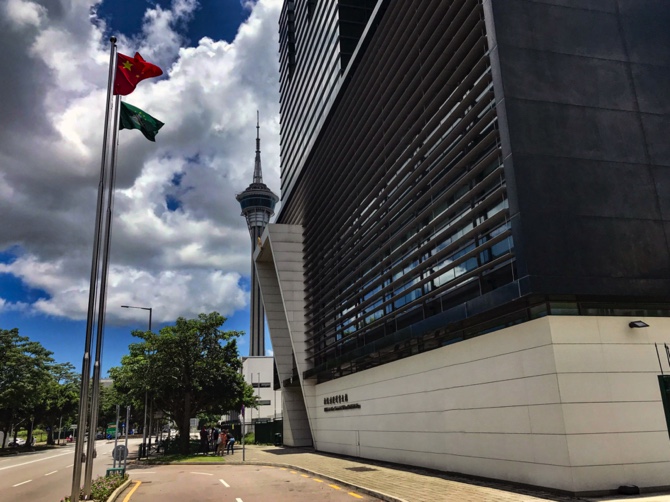 Parallel gaming activities in local casino VIP rooms were taking place for a very long time, even before Macau’s handover, the former junket and entertainment mogul, Alvin Chau, said yesterday during the second session of the trial involving 21 defendants. The trial is related to the alleged unlawful activities by the former gaming promotor Suncity Group.

“Parallel gaming activities have [long been happening] in Macau,” Chau said when questioned by several lawyers, adding, “I believe that the majority of VIP rooms [in Macau] had this type of activity [and not only the one operated by Suncity].”

The former leader of the largest junket company in Macau further explained his awareness of such activities “before the handover” and gaming liberalizations, adding that these activities were very common “and happening every day.”

When questioned about how casino security and the Gaming Inspection and Coordination Bureau (DICJ) staff reacted to such activities, Chau said that sometimes when the activity was too obvious and involved a dozen people in a corner of a room, inspectors would come and order them to stop or in some cases expel the players from the room.

Chau noted that the activity, although not legal, could never be done in a concealed manner and without the knowledge of those involved in the gaming business (namely the concessionaires), as staff, gaming chips, cash transferences, exchanges, and other resources were needed to facilitate such activities.

Questioned why this activity would take place separately from legal betting systems, Chau explained that some players (high rollers) wanted to make very large bets that were beyond the table limits.

In response to questions from several lawyers representing the various defendants, Chau also admitted to the court that some of these high rollers, after a long-term relationship with the company (Suncity), had often been interested in partnering with the company and attracting others they knew were interested in the same scheme.

Questioned if it was the company that solicited and informed players of this type of scheme, Chau responded, “None of our staff members ever had competencies to decide or instigate parallel gaming activities.”

He also continued to deny the accusations of involvement in illegal online gaming activities as well as phone betting, although he admitted the company did participate in and offer such services to its patrons as recently as 2014, after which time it was made illegal by the DICJ and prompted the company to move the activity to the Philippines.

Questioned on practical matters regarding betting at the casino table and the use of mobile phones while doing so, Chau admitted to not knowing the exact procedures. “As I am not a gambler myself, I do not really know how these things work at the tables. But I know that it is a rule imposed by DICJ that players cannot use their phones while playing.”

According to Chau, phone betting via a third party or a representative was possible and legal in Macau between 2003 and 2014.

After Chau’s hearing was concluded, the trial session continued hearing from the second defendant in the case, Jeffrey Si Tou, a former employee of Suncity accused of being involved with illegal online betting and other activities related to the approval of loans and money transfers between Suncity and another company – UE – a company based in the mainland and that operated a platform of proxy betting by video streaming in casinos abroad, namely in the Philippines, but also in other jurisdictions called SCM.

Si Tou and his lawyer, David Gomes, attempted to explain on several occasions that he was an employee of the Strategic Department of Suncity. As such, part of his job was to coordinate communications between Suncity and UE, passing information between both sides but without ever having any direct involvement in any online gaming activities.

Si Tou explained that the wording SCM caught in a wiretapping communication was not referring to this platform but rather to a type of gaming table that the company had in the Philippines at Solaire casino. This was necessary to perform some rearrangements including arranging a different table allocation, a task that was within his job duties.

Gomes hinted that the prosecution had “jumped to conclusions” on several occasions without taking account of evidence, ignoring reports from the Judiciary Police on the same defendant with respect to his role within the company.

The court will convene again today to continue the trial. The trial is expected to have three more sessions this week, presiding Judge Lou Ieng Ha said. However, it was noted that such an arrangement will depend on the proceedings of the upcoming sessions.