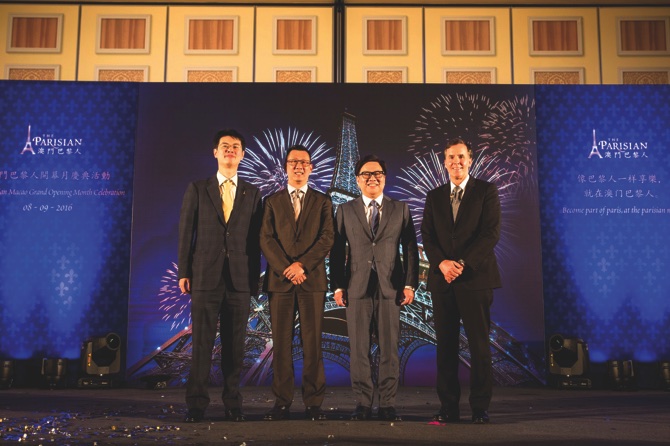 Sands China will launch a new promotion aimed at Macau residents to kick off the opening of its latest property, The Parisian Macao, on Tuesday. The announcement of the new promotion was made at a press conference held yesterday afternoon in anticipation of next week’s launch event.
The promotion, titled “Parisian Loves Locals”, evidently draws inspiration from the largely underwhelming five-week “Macau Loves Locals” campaign held earlier this year. As in the previous campaign, recipients must be Macau ID cardholders in order to take advantage of the new Sands China offers.
Running from September 14 to 29, the campaign includes not only discounts at Sands China’s newest property, but also at its other resorts and in select transportation and retail areas.
For hotel accommodation, prices of the “Best Flexible Rates” in each of the operator’s properties will be reduced by 30 percent, except at the Four Seasons Macao, which will have its price cut by 20 percent. 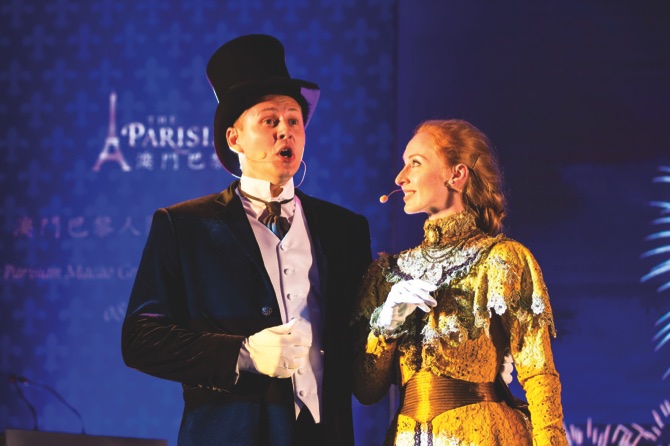 During the two-week promotion, almost 50 restaurants and cafes across the group’s resort portfolio will slash their prices by as much as 25 percent.
“Parisian Loves Locals” will also allow residents to save 20 percent on tickets for percussionist group STOMP and Thriller Live, the latter of which celebrates the life and music of Michael Jackson.
Moreover, numerous other amenities will be discounted over the period, including: Gondola rides at The Venetian (-50 percent); visits to The Parisian’s Eiffel Tower replica (-50 percent); day visits to children’s clubs Qube I and Qube II (-30 percent); various spa treatments (up to -30 percent); and three-hour complimentary parking at most of Sands China’s resorts.
Macau ID cardholders will also be able to receive a 20 percent discount on the published rates of select Cotai Water Jet ferries (Cotai Class and Cotai First only).
At yesterday’s press conference, Sands China president and COO, Wilfred Wong, described the campaign as a way for the operator to extend The Parisian’s opening celebrations to a fortnightly affair.
“To express our commitment and gratitude to the Macau community during this time of celebration, we are pleased to extend the celebration to two full weeks,” said Wong. “Under the umbrella of the ‘Parisian Loves Locals’ campaign, a series of special offers across all Sands China properties have been designed for Macau local residents to encourage them to join the celebration.”
A series of performances were held including a quick change act, featuring two artists who frequently and rapidly changed outfits, and a routine with dancers in period French costumes. A curious-looking, mobile pipe organ was also presented to the property at yesterday’s event.
Additionally, Wong said that he wants locals to have the opportunity to enjoy a wide range of non-gaming elements, and that Sands China understands the promotion as a way for the company to “give something back to the local community” and thank them for their years of support.
Paulo Martins Chan, the Gaming Inspection and Coordination Bureau (DICJ) chief, also attended yesterday’s press conference, and was presented a miniaturized model of the Eiffel Tower encased in glass panels by the Sands China COO.
The DICJ recently awarded The Parisian a total of 150 new tables, 100 of which are to be available for the resort’s opening. However, Wong told the Times in an exclusive interview Wednesday that 310 additional tables will be moved to The Parisian from the operator’s other properties, the majority of which will be mass market.

13,000-person MICE event at The Venetian

According to Sands China representatives, around 13,000 people are set to stay at the operator’s properties September 13 and 14, coinciding with The Parisian’s opening. The delegation will be in the city for a large MICE event, which will be held at The Venetian Macao.
The visitors will occupy between 6,000 and 7,000 rooms at The Venetian and at the company’s properties in Sands Cotai Central.
With the addition of The Parisian’s 3000 guest rooms, the Macau market swells to a total of around 35,000. Should the occupancy rate (around 86 percent) remain stable this month, the MICE visitors will represent between one-fifth and one-quarter of occupied rooms in the territory over September 13 and 14.
How and if the Parisian Macao’s opening days might be boosted by the coinciding visit of the large delegation remains to be seen. DB [UPDATED]