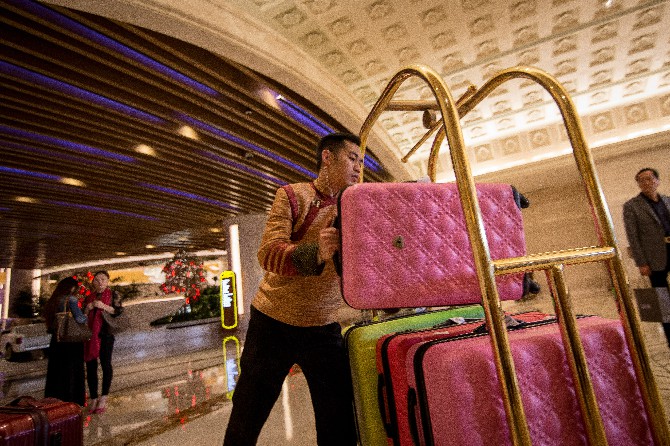 The parliamentary committee considering the bill governing hotel operations and related affairs has concluded its discussion, meaning that the bill will be discussed and voted upon at the plenary, Chan Chak Mo, president of the committee, revealed yesterday.
It has rarely occurred in the history of the Special Administrative Region that the plenary has not passed a bill submitted by the Executive branch.
One major proposal revealed yesterday is that the Macao Government Tourism Office (MGTO) will be authorized to void the operational license of a hotel on receipt of an application from the owner of the land upon which the hotel stands, in conjunction with evidence proving the hotel operator no longer possesses the rights to use the venue provided to the MGTO.
In a previous draft of the bill, the government proposed authorizing MGTO officers to enter rented hotel rooms without the consent of hotel guests.
Chan revealed that the government had agreed to reverse its decision on the matter.
The current draft proposes that MGTO officers, while conducting their legal professional duties, have the right to enter all public areas or service facilities. This will not include hotel rooms.
Inspection of or in the rooms shall require the consent of the guest occupying the room.
The bill also proposes to allow the establishment of budget hostels, which are rented per bed instead of per room. AL