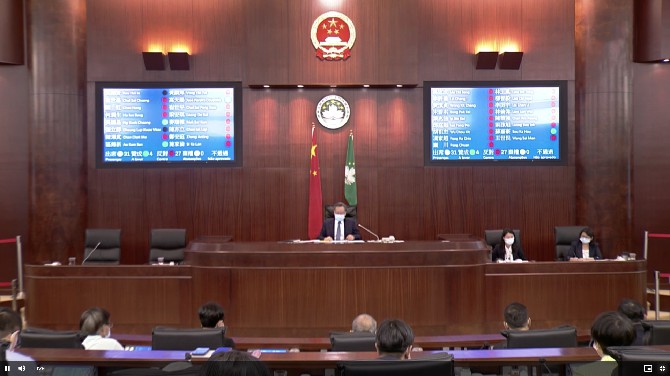 Lawmaker José Pereira Coutinho once again made a proposal to establish a regime that would allow workers associations to represent and fight for workers’ rights, only to be once more voted down by the plenary of the Legislative Assembly (AL).
Pereira Coutinho had appealed to the plenary on the matter after both the AL president, Kou Hoi In, and the AL’s Executive Board rejected the bill. The latter both claimed that as the topic was related to the government’s policies, the lawmaker needed to request prior written approval from the Chief Executive before submitting it.
Yesterday at the plenary session, Pereira Coutinho argued that these actions from the AL president and Executive Board lack legality and go against the rules and regulations that state the duties and rights of the lawmakers in relation to legislation.
The same lawmaker also argued that similar proposals had been accepted previously for discussion in the plenary back in 2013 and 2015. At the time, the lawmakers decided that such bills should not move forward after analysis and discussion.
Lawmaker Chan Hong, representing the AL’s Executive Board, justified the legality of the decisions taken by both the president and the Executive Board by asserting that the matter was related to government policies and, according to a legal opinion issued in 2017 by the Executive Board, such legal proposals and amendments are restricted to the government initiative.
The Executive Board also argued that, if approved, such a proposal would force a large number of changes and amendments to many other laws, including the Labour Law. They also remarked that the proposal would involve considerable disruption to the work of other entities such as the courts.
A total of 27 lawmakers backed the decision of the AL to disallow the bill from discussion in the plenary, while only four, namely the proposer and the pro-democracy lawmakers Au Kam San, Ng Kuok Cheong and Sulu Sou disagreed.