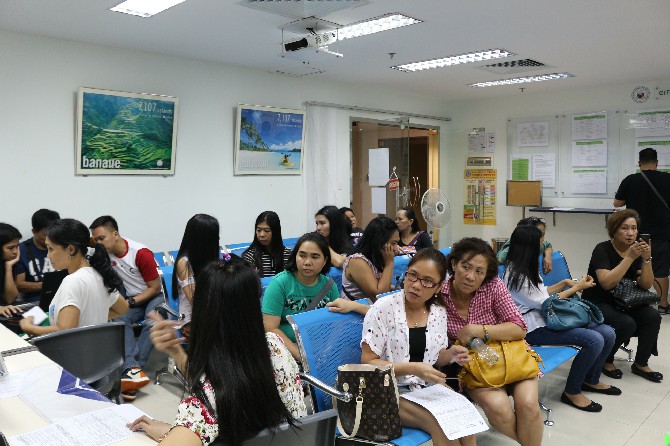 The Philippine Consulate General in Macau is allegedly offering relief goods to Filipino nationals who can provide a declaration that they are on unpaid leave.
According to a post circulating on social media, the relief package includes a pack of rice and canned goods among other items.
The Times contacted the Philippine Consulate General to confirm whether it is providing relief packs to its nationals, but no reply was given by press time.
As reported last week, a total of 795 Filipino workers in Macau working in manufacturing, hotel, restaurant and tourism-related sectors have been displaced as a result of travel restrictions implemented to contain the spread of the novel coronavirus.
The Philippine Consulate General in Macau told the Times that they had not received requests for assistance from any of these displaced workers.
“Requests for assistance addressed to the consulate from the members of the community in Macau SAR mostly came from tourists who have been stranded in the city,” said consul general Lilybeth Deapera.
To assist these workers still stranded overseas, the Philippine government assured that workers who have been affected by the Covid-19 global pandemic will receive government financial assistance.
According to the Philippine government, its migrant workers will receive a one- time grant of PHP10,000 (around 1,600 patacas).
Meanwhile, asked whether the authorities are working with any airlines to respond to the community’s request for a chartered flight, Deapera replied, “there are still no instructions yet to negotiate with any airlines to bring the stranded Filipino in the city to the Philippines.”
Currently, there are still dozens of Filipino tourists stranded in the city hoping for its government to provide a second chartered flight.
There are still no flights from Macau to Manila as Philippine Airlines, Cebu Pacific Air and AirAsia, the three airlines who fly the routes, have not resumed operations as yet.
On March 6, a total of 163 Filipinos who were stranded in Macau due to the suspension of direct flights between the SAR and Manila arrived in the Philippine capital after a chartered flight was arranged by the Philippine government.
The repatriates underwent medical examinations that were carried out by the Philippine Bureau of Quarantine upon their arrival.