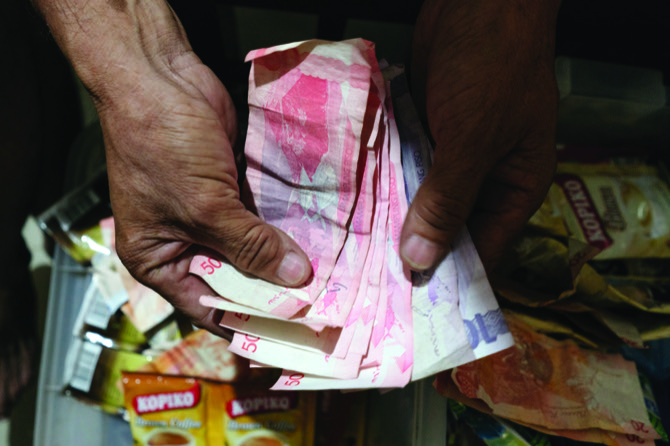 As if falling for six straight years wasn’t enough, the Philippine peso is now facing an additional threat: a mid-term election that may compound concerns about its economy.

As the nation gears up for polls due in May, political uncertainties may pose an added source of pressure to those stemming from its long-running deficits. With risk appetite likely to remain fragile due to fears of a global slowdown, traders may drive the peso back below the 13-year low set in October.

“The overarching downside risks will probably emanate from risk-off sentiment refocusing worries on high inflation and twin-deficit risks,” said Vishnu Varathan, head of economics and strategy at Mizuho Bank Ltd. in Singapore. “Political risks could also creep back in, and those will add to the headwinds for the peso.”

The peso will drop about 2.5 percent to 54 per dollar by year- end, making it the third-worst currency in the region after the Indonesian rupiah and Thai baht, according to Bloomberg surveys of analysts. It closed at 52.51 on Friday.

The peso has been undermined by local politics more than once in the past. The currency sank almost 4 percent in 2003 as an attempted coup and corruption scandals hurt then president Gloria Arroyo. Current President Rodrigo Duterte’s approval rating is far higher but given the unfavorable external backdrop, investors may choose to avoid Philippine assets for now.

As the Federal Reserve weighs further interest-rate hikes and U.S.-China frictions spur concern over the outlook for global trade, money managers are likely to remain wary of investing in nations that depend on capital inflows to finance fiscal and current-account deficits.

The central bank predicts the current-account deficit will widen to 2.3 percent of gross domestic product in 2019, the most in 18 years. The budget balance was negative 39.1 billion pesos ($745 million) in November, having been in deficit for seven straight months.

Traders will be watching November trade figures due Jan. 10 to get a better picture of the outlook. The nation will report a deficit of $1.99 billion, versus the record shortfall of $4.21 billion in October, according to a Bloomberg survey.

This year’s election will be a referendum on Duterte, after his popularity has been sapped by quickening inflation that eroded consumers’ purchasing power. About 18,000 national and local posts, including half the 24 Senate seats and about 300 House of Representatives slots will be contested.

Most lawmakers identify themselves as allies of Duterte’s party but the president needs the approval of both chambers to pass legislation if he wants to enact changes such as the tax reform he pushed through earlier to help fund an infrastructure plan of at least 8 trillion pesos.