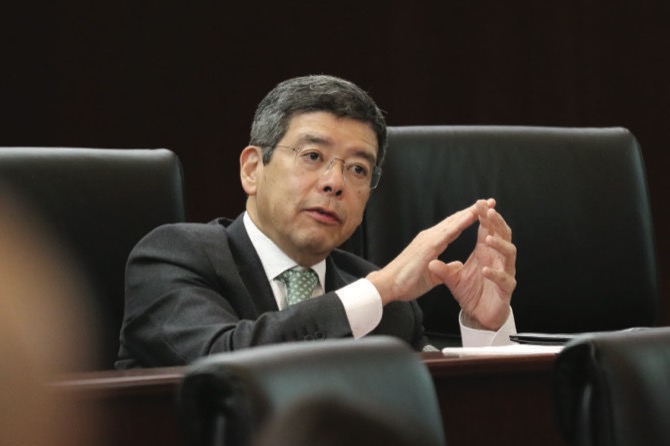 The Legislative Assembly approved a bill targeting the number of plastic bags distributed by retailers during yesterday’s plenary session.

The bill was passed with unanimous approval from all lawmakers but amid many calls for an additional effort from the government to reduce the gap between Macau and other regions of the world concerning environmental issues.

Most of the lawmakers’ commentary on the topic was not related to the bill in discussion and voting but, instead, called on the government for added measures to tackle the current situation.

Sulu Sou, Mak Soi Kun, and José Pereira Coutinho were just some of those questioning the government regarding added measures as well as a timeframe for other measures to be enforced.

Secretary for Transport and Public Works, Raimundo do Rosário, replied to such calls by saying, “The statements of the lawmakers are no different from our wishes,” adding, “This is a first step which we acknowledge […] comes a little bit late but I believe that we will work more in the future.”

Rosário noted that government’s addressing the reduction of plastics and other materials is a worldwide trend observed by almost every government in the world and that there is no way Macau will be “out of this trend.” He added that, although the first initiative in Macau has come comparatively late, “I believe that we will accelerate the works to catch up with the others.”

Although there is no calendar for the enforcement of any other measures, Rosário advanced yesterday that the government plans to broaden the scope of the environmental protection works to include products such as straws and others but such work will be left to the next administration.

Questioned also regarding the inspections that will be carried out to ascertain that the law is being fulfilled, the Secretary noted that the government would start with the supermarkets “as they are the places that provide the most of these kinds of products.”

However, inspection and law enforcement might be challenging, admitted the director of the Environmental Protection Bureau, Raymond Tam. The official noted that the service only has 50 inspectors who are in charge of all kinds of works, adding, “in the short term we don’t expect to hire more staff.” Renato Marques