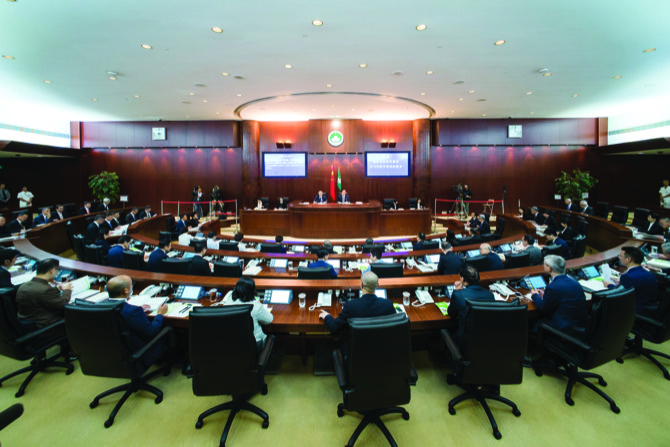 In 2019, the annual cash handout from the government will increase to MOP10,000 and MOP6,000 for permanent and non-permanent residents respectively, the Chief Executive (CE) announced yesterday.

Chui was at the Legislative Assembly yesterday to disclose the Policy Address for the Fiscal Year 2019, entitled “Seize Opportunities for Balance Development [sic].”

In a presentation which did not contain news of significant changes to the current policies, Chui announced several measures to strengthen the social security network. The Minimum Subsistence Allowance would be increased to MOP4,230 from January, while other existing welfare measures will be extended, maintained or increased.

Regarding benefits for the elderly, pensions will remain at MOP9,000 while Old Age Allowances will increase to MOP3,630.

Other welfare measures such as the Continuing Education Program, healthcare vouchers, electricity bill subsidies, tap water tariff subsidies and bus fare concessions would continue. It is estimated that all the above-mentioned subsidies, allowances and wealth sharing programs will cost the public coffers some MOP18.7 billion.

Next year, the government will finish compiling the preliminary draft of the Macau Master Plan as well as complete the overall urban preliminary plan.

Continuing with a monotone voice, Chui expressed the intention to implement the “post-19,000 units” public housing construction, to achieve the target of completing 28,000 housing units in four phases in the New Urban Zone Area A, with the first phase to provide 7,000 housing units on seven pieces of land. The areas of land on Avenida Wai Long, the western stretch of Avenida dos Jogos da Ásia Oriental in Taipa, and the original site of the power station, would be used to provide 6,500, 2,000 and 1,500 housing units respectively.

Also next year, the ten-year plan for disaster prevention and mitigation (2019-2028) will start to be enforced.

At September of this year, the government issued 73 orders to annul land grants involving a total land area of more than 530,000 square meters.

Chui also said that next year will mark the beginning of the construction of the fourth Macau-Taipa cross-harbor bridge. Authorities will also conduct specific research and preliminary design for the fifth cross-harbor channel and studies to develop new maritime routes.

Regarding transportation, in order to satisfy the demand for taxi services, an additional 150 special taxis will be put out for public tender, which will bring the city’s total number of taxis to 2,050.

A total of 200 electrical car charging stations are also planned to become available in 2019.

The government will also accelerate the examination of the LRT connection to the Taipa Ferry Terminal, to the New Urban Zone A, and to the Border Gate.

In the environmental field, next year should see the completion of the legislation of single-use plastic bag restrictions.

Chui also stressed that the government would fully respect and protect the unique culture, traditions, customs and legal rights of the Macanese and Portuguese residents in Macau, and support them to join forces with all citizens for the building of a better Macau.