Portuguese School unaware of plans to expand into mainland 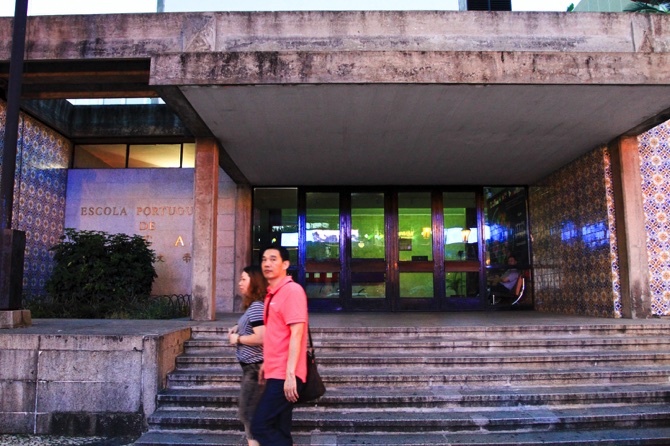 The Macau Portuguese School (EPM) is unaware of the projects that both the Ministry of Education and Science of Portugal (MEC) and the president of the school’s foundation (FEPM) reportedly have in store for the future of the institution.
As reported by the weekly bilingual (Chinese and Portuguese) newspaper Plataforma, the MEC has been working on a project that aims to create the internationalization of the school institution in both the region and in mainland China.
The idea involves offering lessons in European languages like Spanish, French, and Portuguese. Although the project is not a new one it seems that there is now a greater will to take the school “brand” to the next level, developing it locally and expanding it into mainland China, where there is reportedly a great demand for different kinds of international schools.
This demand has been attributed by the FEPM to the strong results that the school has been achieving in comparison to its overseas counterparts in the Portuguese education system.
Beijing and Shanghai were two of the major Chinese cities raised as possible destinations for the first delegations of the Portuguese School in the mainland.
The measure would also consider in the long-term changes within the school’s administrative level, but for the time being the plan is set to be implemented under the current administration.
Plataforma quotes a source in the MEC that said that such plans “are already in the final stage of consideration.”
According to the same media source, the subject is on the agenda of higher ranked officials of both Macau and Portugal and might have been addressed recently during the visit of the Chief Executive Chui Sai On to Portugal, where he co-presided together with the Portuguese Minister of Foreign Affairs, Augusto Santos Silva, a meeting of the Macau-Portugal Joint Committee.
“[The idea] is to strengthen Portuguese, French and Spanish, and Portugal is the foundation of Europe there,” said to Plataforma Roberto Carneiro, president of FEPM, adding, “and then enter [into] China creating a network of European schools.”
According to Carneiro, the new school would not require additional funding from either the MEC or the Macao Foundation, since it would be self-sufficient and funded by its own tuition fees, similar to other international schools.
Although the plan seems to be in an advanced stage of development, the Macau Portuguese School board of directors seems to be unaware of such ideas.
Questioned by the Times, the vice president of the board, Zélia de Oliveira Baptista, said that the school’s board of directors is “unaware of such a project since the MEC didn’t speak about it with the school,” providing no further comment.

Once limited mainly to foreign children, during the last two decades international schools have been allowed to open up their campuses to Chinese students jointly with local companies. While the Chinese government has sought to tighten its ideological control over textbooks and limit perceived Western influences, international schools offer a valuable infusion of new teaching methods and options for China’s middle class.
Western prep schools in China advertise a smoother pathway to acceptance into overseas universities, with teaching methods that emphasize critical thinking over memorization, and classes based on the International Baccalaureate program or other internationally recognized curriculums. This opening has brought in some of the world’s biggest brand names, joining long-established international schools in Beijing and Shanghai.
Britain’s Dulwich College now runs schools for Chinese students in the eastern city of Suzhou and the southern city of Zhuhai, while Hurtwood House operates in association with a school in eastern Ningbo. AP