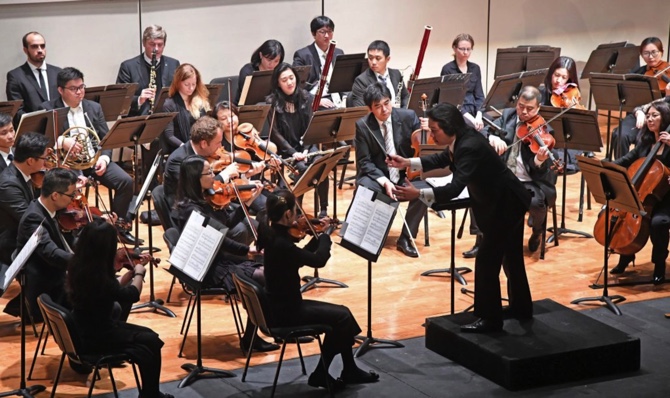 The two orchestras in the city are currently in limbo as musicians await information on the future of the organizations following leaks that several staff have allegedly been compensated up to MOP250,000 for breach of contract.

The Cultural Affairs Bureau (IC) has allegedly abruptly laid off musicians from the Macao Orchestra (OM) and the Macao Chinese Orchestra.

Lü Jia, the principal conductor of the OM has also been cut and was not informed in person of the decision, an insider told the Times.

“After 13 years of building up the OM into the leading orchestra of China to a European level, this is the treatment he has received,” the source lamented.

According to the member of the orchestra, Saturday night, January 22, was the group’s last concert and not one member if the IC was present, “let alone any ceremony [was held] to show any appreciation for the work [Lü] has done, or of course, that of the musicians.”

As seen yesterday on the bureau’s website, there are still four upcoming events listed between April and July, including “Music Hour with Musicians” and a “Pre-concert Talk.”

However, according to the insider, the “IC wants to privatize the orchestras but as yet, there is no new company, no CEO and no musical director.”

In his comments to the Times, the insider slammed the decision, dubbing it an “attack against foreigners, their families and the orchestras that is just unforgivable to save the politicians’ backs over how the orchestras were set up back in the day.”

Residents of Macau have allegedly been compensated for the breach of contract but blue card holders “have been ignored, as always here, and have no information as to what will happen.”

“This is a scandal on an international level and should be taken to the maximum level of investigation I believe,” the insider added.

Back in November, president of the IC, Mok Ian Ian, disclosed that the city’s two public orchestras will be privatized in the future to allow for swifter adjustment and reaction to market demands.

The privatization was set to take effect on January 1, 2022, with Mok emphasizing that privatizing the OM and the Macao Chinese Orchestra will give them “greater chances of development […] such as performing overseas on behalf of the city.”
In the reply to an enquiry about their privatization, the IC noted that in a bid to achieve its long-term sustainable development, the two orchestras will operate as a public enterprise in the future.

The constitution of the new company for the two orchestras is in the process of implementation, and the respective works are expected to be concluded before February 1.

In October 2020, the Times reported that the OM is running with at least 13 musicians fewer than normal, some of whom are orchestra principals, with the rest on a reduced salary.

The Times contacted another member of the orchestra last night but the musician declined to reply as the group is “not sure of what is happening.”