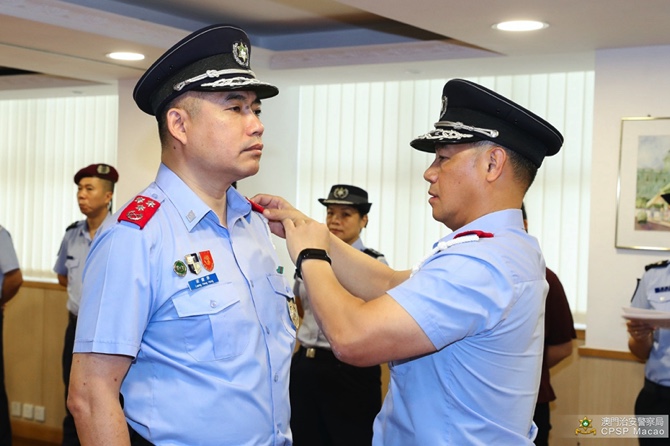 Assistant Commissioner Leong Heng Hong of the Public Security Police Force (PSP) assumed office as Deputy Commissioner yesterday, according to a statement from the government. The inauguration ceremony, which was held at the PSP Headquarters in the morning, was officiated by Commissioner Leong Man Cheong and witnessed by the heads of various departments.

Leong Heng Hong has served as Acting Deputy Commissioner of PSP since 1 May this year.

With his extensive policing experience and professional knowledge, Leong Heng Hong has been promoted and awarded commendations for his outstanding work performance and excellent leadership.