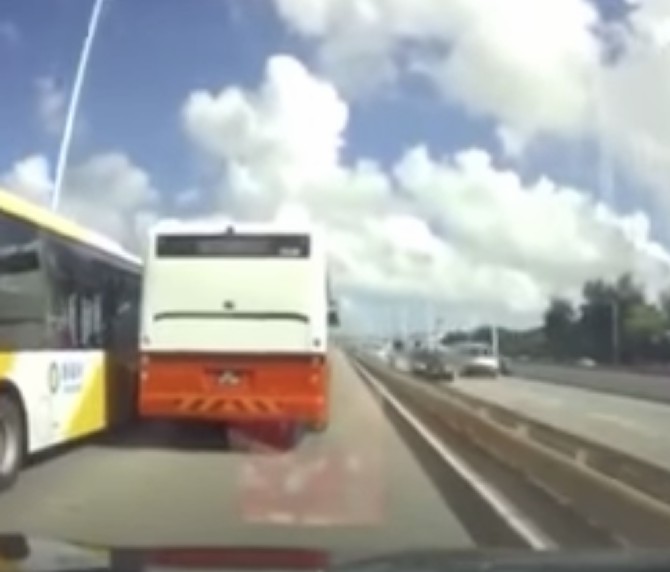 The Public Security Police Force (PSP) has summoned two drivers from Transmac and TCM following a video circulating on the internet that showed dangerous driving on the Friendship Bridge.
The authority said that it has pressed charges against the “relevant bus driver,” without indicating which driver.
After checking the video surveillance, it was confirmed that the incident occurred at about 4 p.m. on May 21. Two buses were driving along the Friendship Bridge towards Taipa.
The bus driver, who was driving in the right lane, admitted that he knew that the heavy-duty bus could not travel in the right lane and wanted to switch back to the left lane.
The driver of the bus driving in the left lane said that, because he did not want to slow down suddenly, he did not immediately let the bus on the right overtake and enter the lane. Since the bus driver on the right merged and almost collided with the bus on the left, his driving behavior was enough to pose a danger, and was suspected of violating Article 279 of the Criminal Code “Dangerous Driving of Vehicles on the Road.”
The PSP has referred the case to the Public Prosecutions Office.
The driver of TCM was reportedly fired, while the driver Transmac defended its driver. LV