Q&A | Cátia Silva – Entrepreneur: Macau is ‘still no Las Vegas’ when it comes to weddings 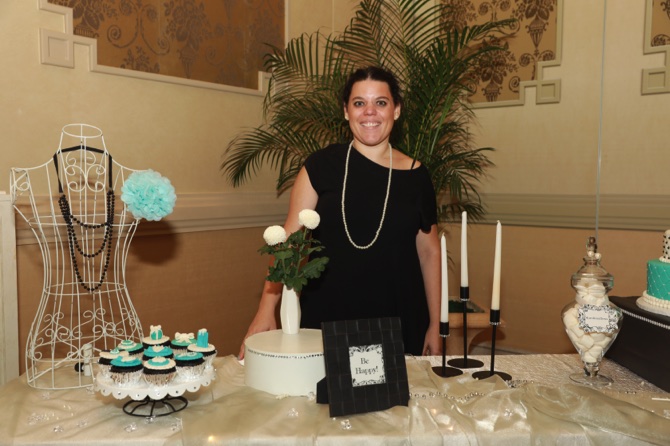 Cátia Silva is the owner of local party and wedding planning company “Bad Bad Maria,” which took off about two years ago in the territory.  The company has recently revamped its website, advertising new services like made-to-order breakfast.

She says that her approach to wedding planning differs from other more traditional planners. Silva is focused on the “unusual” and “unconventional,” bringing a sense of individuality to the celebration.

She specializes in organizing and arranging destination weddings – where couples travel to often far-flung locations not only for the wedding, but also for other pre- or post-wedding activities, like honeymoons and photo-shoots.

Silva says that while Macau is a somewhat popular wedding destination for mainland Chinese tourists, it has not appealed to one of her key target markets: Portugal.

The Portuguese-born event planner, who has also lived in Angola, sat down with the Times to talk about what she does and why she does it, and offered her thoughts on the wedding sector in Macau.

Cátia Silva (CS) – “Bad Bad Maria” [Portuguese: Mau Mau Maria] is a Portuguese idiom that you use with the kids. Normally you use this when kids misbehave, but it is used in a fun way. It’s actually caused some more confusion too; some people have asked me if I organize ‘naughty parties’ [Silva laughs]. But the idea [behind the name] is to communicate some good and cheerful vibes.

MDT – What is the main focus of your company?

My main goal at the moment is to bring people from [the West] to have a wedding in Asia. That can include Macau, but it is usually Vietnam, Cambodia or Thailand – the more exotic locations. The idea for now is to do weddings and parties in the winter in Macau, as that is Macau’s peak season, actually, and then to spend the summer organizing weddings in Portugal, which is their peak season. There is also interest in going to Portugal for pre-wedding [activities] like photo-shoots. […] There is an interest among people from Macau in going to Lisbon – instead of Paris, London, Korea or Japan – for the photo-shoots as they tend to have a curiosity about Portugal.

MDT – Why did you decide to pursue this career?

CS – I love weddings and I think they are a really special celebration of love. But not everybody wants to have the same, traditional type of wedding […] I don’t think that we should have [this kind of wedding] just because society says we should. So that’s why I like to bring some individuality [in my wedding planning], and organize unusual and unconventional weddings.

MDT – Is it usual for the Portuguese to consider Macau for their weddings?

CS – It’s not so popular right now for the Portuguese to have their weddings in Macau. Actually, many of the Portuguese living here tend to have quite simple weddings, and those that live in Portugal are often interested in more exotic [or unfamiliar] locations in Asia, like Hong Kong or Thailand.

MDT – Can Macau become a world-class destination for weddings, like Las Vegas or Japan?

CS – Macau is not yet really known for weddings – I mean we want to be, right? But we are still no Las Vegas. You never know though, we could be!

Of course I believe Macau can become a world-class destination for weddings; we have amazing casinos and venues and other facilities. But people need to have a will to do it. Even myself, I am considering approaching the government to see what sort of support they can offer, and I am interested in participating in the wedding expositions at the large casino resorts.