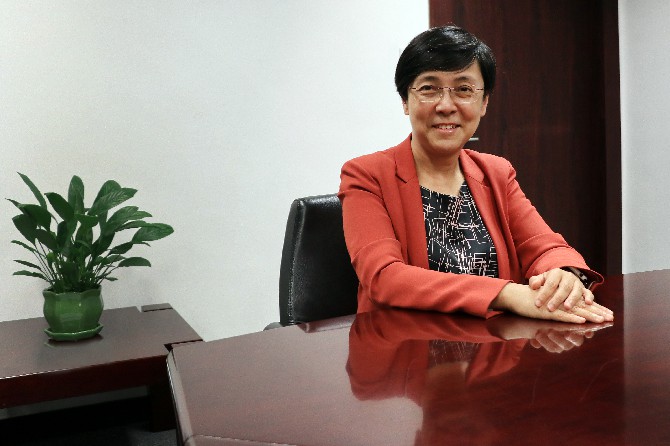 Since starting work at the Macao Government Tourism Office (MGTO) in 1988, Maria Helena de Senna Fernandes has served in leadership roles at the tourism board for the past 22 years.
Her work has led Senna Fernandes to participate in many local and overseas tourism exhibitions, conferences, seminars, events, marketing, and promotional activities as well as taking important roles in the decision-making of the present and future of Macau as a tourism destination.
Now that MGTO is preparing to be transferred from under the Secretariat for Social Affairs and Culture to the Secretariat for Economy and Finance, the Times interviewed Senna Fernandes to learn more about the past, present, and future of the tourism business, the main engine of the local economy.

Macau Daily Times (MDT) – The MGTO is moving from under the “umbrella” of the Secretariat of Social Affairs and Culture to the Secretariat of Economy and Finance. How do you perceive this change? Do you see any advantages of the move?
Helena de Senna Fernandes (HSF) – In terms of work, I don’t think it will bring any big change. Even now, and for the many years under the Secretariat for Social Affairs and Culture we have always been working with the Macao Trade and Investment Promotion Institute and we have always been working with the Economic Services so it’s not something new.
I think this kind of work relationship will get even closer but, at the same time, we will still retain our relationship with all the other departments that are under the Secretariat for Social Affairs and Culture because you can’t imagine promoting tourism without promoting culture; that is part and parcel of what Macau has to offer. Culture will always be part of tourism.
At the same time, the Chief Executive himself said that he wants one big sports event every month so this would also be a big tourism asset. We will continue to work with the Sports Bureau as we have been doing for so many years.
Internally, we will be merging the Tourism Crisis Management Office with the MGTO. Instead of having two separate entities, there will be only one entity. This means we have to streamline our work and re-organize some parts as well. This would be the only change in terms of the working procedures.
As for the advantages, I think it would help people to understand better the role of tourism in driving the economy. I think [the move] will give people a much clearer picture to understand in a broader sense that tourism is a very important income earner for Macau. 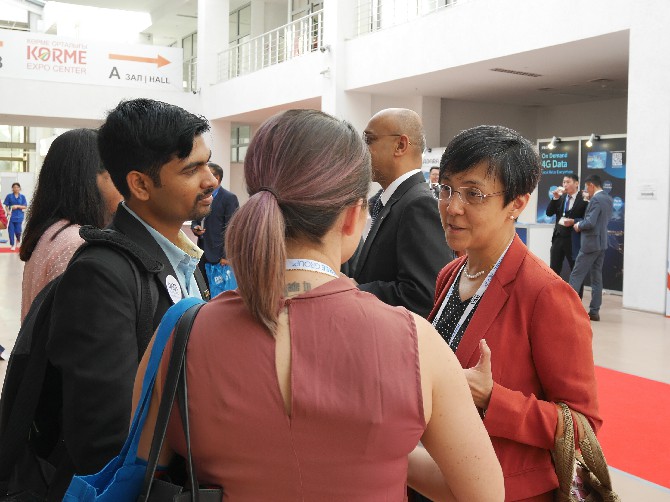 MDT – You have headed the MGTO for the past eight years. Are there any tasks or goals still outstanding?
HSF – I think one of the things that we are always aiming to do is to attract a more diverse range of international tourists that come directly to Macau. This is always something that we would like to achieve. Unfortunately, it’s not just up to the tourism department because it has to do with aviation and with a lot of other things [such as] how, potentially, we can bring visitors from Macau to such a destination as well.
These are very big commercial decisions on the part of the airlines but it is something that I would say that, up to today, we want to achieve in terms of having more direct flights and more people flying directly into Macau. If you have more direct flights, it gives you more bargaining power or more possibilities to go directly to those markets and bring in not just general tourists, but also business visitors. Especially for these kinds of market segments, being able to travel directly is a plus.
Having a direct link [to these markets] would give them a very different perception [of traveling to Macau]. This is something that until now we were not able to achieve, but again, we don’t work in the vacuum; we can’t say we want it and it happens immediately the next day.
MDT – Does the airport expansion help to achieve this goal?
HSF – Unfortunately, hardware alone does not bring direct flights. It’s a very commercial decision and involves hard number crunching. They have to calculate exactly the feasibility, they have to look at all the costs involved and they have to look at whether there will be people flying not only to Macau but also back to their country. This is a particularly difficult combination especially when we have a population of just around 700,000 people. It is a population that can’t profitably sustain a mid-range to long haul route. For the short-haul maybe there are still some possibilities, but for mid to long haul it’s a very difficult calculation.

MDT – How do you evaluate the work of the MGTO to promote Macau as a tourism destination in the past two decades? What were the most memorable milestones?
HSF – There are many different moments altogether, and some of them have a more lasting memory than others. Some are not necessarily very happy memories because I had very difficult moments as well. But making a general evaluation I can say that the experience, so far, has been a very rewarding one, both as a person and a professional. It has been a great experience and I have learned a lot and I enjoyed it a lot, although I have also worked very hard.
I remember the time when I worked with engineer Costa Antunes, who is not an “easy person,” let’s put it that way, but he is a great mentor. I learned a lot from him both in terms of how to organize events and work. As an engineer, he is very systematic and very methodical and I learned a lot of these things from him.
It was very enjoyable to work with him and it has been a very good experience for me. This was one of these important moments.
On the downside, I recall the years before the handover, from 1997 until 1999. These were probably the most frustrating years and the most difficult years to work on tourism. You plan something on promotions and then on TV appears the Ruins of Saint Paul’s and a piece of news that there has been a shooting somewhere, or some crime, and then everything [you had planned] goes down the drain.
It was particularly bad as it was a time when we were keen to reach new markets due to the opening of the airport in 1995 which made 1996 a great year in tourist figures, but then in 1997, the figures dropped drastically.
Moving forward, the handover was, of course, a significant moment, although I was only particularly involved in the last month before it happened – as I had been working on the Grand Prix – but it is one of those moments which is once in a lifetime, you will never see that again, so it’s quite touching.
After the handover, things were more stable for the tourism environment with the start of the influx of Chinese outbound tourism.
We had another difficult time during SARS (Severe Acute Respiratory Syndrome) but then in 2005 we got the listing of the Historic Center of Macau in UNESCO, and from then, we have had very good years in which we did not have to do hard selling of Macau, and still the results were coming in.
As the last key moment, I need to mention something that I would never expect to have to do, and that was the decision to close the former New Century Hotel (Beijing Imperial Palace) in 2016.
It is something really out of the ordinary and that I never imagined having to do as head of the tourism office, to close a five-star hotel. I think nobody can forget that moment.
MDT – Do you have greater ambitions for your career within the government, for example, a Secretary position?
HSF – Let me put it this way. I am not an ambitious person. I like to work but I like to work as long as I enjoy my work. This to say that if I don’t think that I am [physically] fit [for a certain task] or if I feel that I am not enjoying my work I would for sure move on to something else.
We need to be responsible for ourselves. At the end of the day, our professional life is only part of our life. But at this point, I am still enjoying my work and so I will stay on for some time still.

MDT – The government has previously raised the idea of sports tourism. What is the current status of that work?
HSF – I think that in terms of events, we cannot expect to have international participation for a certain period until the pandemic subsides to a certain extent that the health authorities are comfortable to partly ease the restrictions.
So, we probably will have events right at the start of 2021 and I can imagine some of the large events […] will be limited to participation from Macau and also from the mainland.
Eventually, I think there will be the possibility to slowly create the conditions for other participation but that would be quite a long road still.
There are still some possible events that will be brought to Macau and I know that the Sports Bureau is working very hard on it but, unfortunately, that participation would have to be limited at this point in time. We probably need to promote a lot of online participation and also organize some “hybrid” events [with a mix between physical and virtual participation], such as the Film Festival [International Film Festival and Awards – Macao] this year, which will have to be a hybrid event as well because we don’t foresee that we can even bring out the artistic director [Mike Goodridge] because he is in the U.K. It’s just a matter of adapting to the new circumstances and then we learn something new, too.

MDT – Is it best to still run the events even in an adapted form or just cancel them?
HSF – Some events you can still run as “hybrid” events like the Film Festival. We have seen this all around the world lately, we are not re-inventing the wheel. We are just learning from experiences and we are adapting ourselves as well. But then, for some events it’s just not possible, like the Fireworks [Macao International Fireworks Display Contest], as we can’t have a virtual fireworks contest, it just does not make sense. Some events are just not possible to have as a hybrid, others it is, and we just need to adapt.
Besides, there are other events that we can still run but, probably at a smaller scale [than the originally planned] because of the non-participation of certain people.
In this sense, there are several options and this will ultimately depend on the type of event. There isn’t one solution for everything. You have to have different solutions depending on the nature of the event and also depending on how important it is.