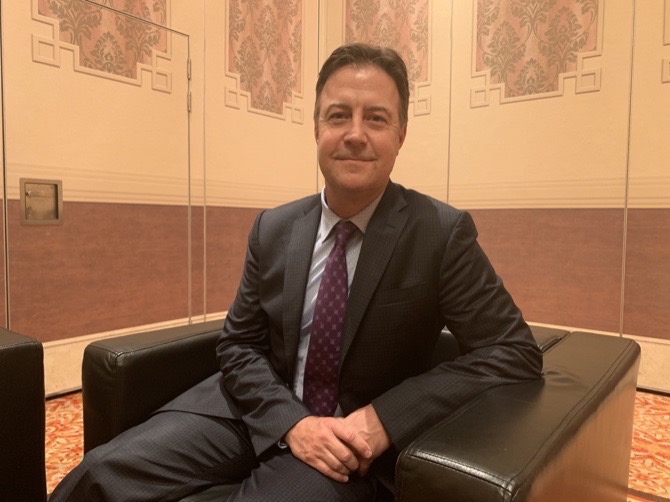 Without adequate research it is hard to predict whether the latest measure designed to curb problem gambling in Macau, a city-wide casino entry ban, will prove effective.

Professor Bo J. Bernhard, an expert in responsible gambling from the University of Nevada, Las Vegas International Gaming Institute, made the comment on the sidelines of Sands China’s Responsible Gaming Ambassador Advanced Training program last week, where he nevertheless lauded attempts in Macau to adopt a more scientific approach to policy-making.

Approved last year by the legislature, the entry ban will bar some 54,000 gaming employees from Macau’s casinos while off-duty.

The amended law garnered mixed reactions from the public, although casino operators and gaming worker groups were broadly receptive. Speaking to the Times, Bernhard expressed a measure of skepticism about the policy, but said that its results would lay the ground for new research yielding more scientific policies in future.

The professor was in Macau last week to oversee a specialized training course on responsible gambling. Over the course of the two-day event, the trainees were taught how to detect the early signs of problem gambling, as well as how to provide the appropriate response and assistance to patrons exhibiting these signs.

The Times sat down with Bernhard to learn the latest developments in the field of responsible gambling, a young and fast-evolving research area, with a lot of catching up to do across Asia.

Professor Bo J. Bernhard (BJB) – Japan is thinking about dropping 10-billion-dollar buildings into the heart of Toyko and/or Yokohama and/or Osaka, and there the number one question is community impact broadly and problem gambling specifically.

In Singapore, the number one issue and deciding factor in the end was the degree to which the Singaporean bids worked alongside the business community to build integrated resorts with MICE space. It really was conventions that won the day in Singapore. It is very possible that problem gambling is what wins the day [in Japan] at least in what pertains to the political side of the equation. The problem gambling issue has increased in part because of [the awareness] in places like Singapore and Macau, which have started to emphasize it a lot more.

MDT – What about jurisdictions with a less stringent regulatory environment, like Cambodia, where casinos are becoming an important part of the economy?

BJB – Cambodia is still a jurisdiction [that is] in the phase of being more concerned about customer acquisition than they are about these sorts of social issues. Cambodia is very focused on drawing in the mainland Chinese gambler. I would say the awareness [in Cambodia] is significantly lower than in some of its neighboring jurisdictions.

I think what we have seen in both Singapore and Macau is a pretty dramatic transformation in how [responsible gambling] has become a part of the everyday conversation. I remember when we first started coming out to Macau, it really was a new conversation and it wasn’t as easily talked about as it is today. Now there are weeks that are completely dedicated to this, there are awareness campaigns, people are much more literate [in these matters]. I think we have seen this evolution in a lot of jurisdictions, but nowhere in the world has this been an unimportant issue for very long. Certainly, in a place like Cambodia, the issue is coming.

MDT – In Macau, the latest significant measure to curb problem gambling is the city-wide casino entry ban. Approved by the legislature, it is expected to take effect as early as this December. How effective will the ban be?

BJB – I don’t know if [this ban] is the kind of measure that has a lot of science behind it, but it is the kind of thing we are seeing jurisdictions do and will hopefully allow researchers to examine the impact of. We know that there is an elevated weight of problem gambling among casino employees and while that doesn’t mean there is an epidemic, it does mean that there is a reasonable possibility of coming across someone in the workplace who has this problem. […] I am not sure that there is much research to suggest that this measure will be effective or not. I think the jury is still out on this one.

MDT – Then what does the science suggest when it comes to policy-making on problem gambling?

This is a major problem for research in general and it is called the WEIRD problem – whereby most research is done on Western, education, industrialized, rich and democratic nations, and that doesn’t necessarily extend to cultures that don’t fall under WEIRD criteria. The problem of course is that the vast majority of people do not live in WEIRD environments, because China is not part of that and India is not part of that and Africa is not part of that. That’s a problem that we need to remember in our field too. My argument is that we need more researchers in Macau, in mainland China, in Africa and elsewhere.

What is good about Macau is that you have professor-politicians. You have leaders like [lawmaker] Davis Fong, who is not only a professor and a researcher, he’s also somebody now in a leadership role. My hope is that these kind of research approaches will [infiltrate] the government decision-making environment.

I have been impressed by the degree to which Macau seems to be embracing this idea of professorial leadership which, as a professor I am biased toward, but really like to see. I don’t think we could have had something like this back in 2013. It’s amazing how fast the discourse has evolved.

MDT – Are there any lessons to learn from Las Vegas when it comes to problem gambling?

BJB – I think the topic the Macau and Beijing governments have emphasized on learning from Las Vegas has been the diversification of the tourist product beyond just gambling. Here in Macau, we still have gambling as the dominant tourism driver, whereas in Las Vegas, most of the buildings on the strip are generating 60% of their revenues from the hotels, the restaurants, the nightclubs [and so on]. It’s created a much broader tourism experience, and that’s admirable. Having said that, [Las Vegas] is the only jurisdiction in the world that has been able to do that. It is sort of unique in the way that it has been able to diversify away from gambling.

MDT – Are there cultural nuances required in delivering this course to a Chinese audience?

BJB – Cultural nuance is very important. The last thing that we want to do is to just uncritically export our knowledge from the United States and just assume that it will work here. In the United States, popular television characters regularly meet with their psychologists and talk about their problems very openly. It’s almost cool to have a psychologist in Hollywood.

Here [in Asia] it’s very different – the idea of having an open conversation about something very difficult is embarrassing and shameful. There is a profound focus on ‘saving face’ in the conversations we have with problem gamblers in Asia. So, we had to back away from some of the more [confrontational aspects] and focus on other matters like finding a more discreet place, away from others, to have a very quiet and gentle conversation about how, for example, ‘many people have found use in these problem gambling leaflets.’ We learn from the feedback of responsible gaming ambassadors [about what works and what does not].

In some cases, this difficult conversation is even more difficult because you are having it with a colleague that you show up to work with every day, and not with a stranger. One of the things we focus on is that this will be difficult and it’s okay to be uncomfortable. It’s okay for the conversation to not have a happy ending like in a movie. We talk instead about how these conversations can help to turn lives around. I don’t want to sound melodramatic, but we do hear stories about how this can be life-saving if it plants a seed that results in people reevaluating their relationship with gambling.

MDT – Treating problem gambling once it is detected is one thing, but prevention through education must also be a part of the solution too. Is there a way to approach this in Macau’s major visitor source market, mainland China, where gambling is outlawed?

BJB – We have research conferences on the mainland about problem gambling where the education piece is important. The tendency is to think of education as an unimportant prevention tool, when in fact with virtually every health problem, awareness and knowledge is a hugely powerful tool. It is said that after someone has a heart attack, they need to get really informed about hearts. And your children need to get really informed about heart disease, what foods to eat and what exercise is needed, because they probably have a higher risk [of heart attack too]. This is true for all health conditions. That’s a big part of what we do, educating on all of the warning signs. I think that kind of education can actually be quite powerful. We have seen it with other health afflictions and it makes sense to apply it with this one.

It’s an interesting challenge [in mainland China]. I have noticed that there is an evolving group of professors who have become more interested in the subject in recent years. But, as an outsider, it’s difficult to know the goings-on of the mainland sometimes. It’s clearly something that is encouraged at the universities, because we have hosted events at Shanghai University, Peking University and Beijing Normal University with academics focused on problem gambling research.