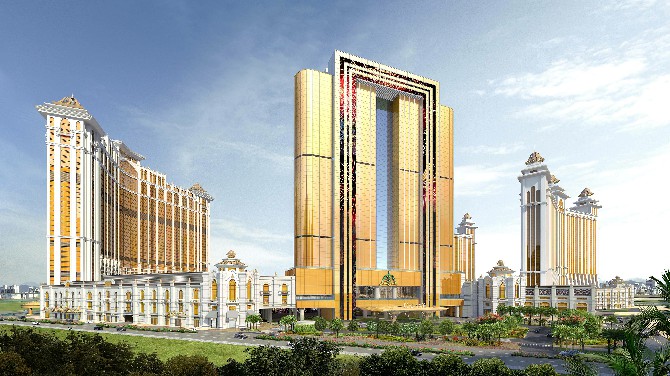 Galaxy Entertainment Group (GEG) has inked a collaboration agreement with 130-year-old luxury hospitality group, Accor for Raffles, to jointly establish an all-suite hotel tower, named Raffles at Galaxy Macau and slated to open in the second half of 2021.
The new hotel property is a two-tower structure located on Galaxy Macau’s east promenade, featuring around 450 suites, a glass airbridge connecting the two towers on every floor, and the brand’s known butler service, amongst other notable elements.
Some of its suites are also equipped with private pools and gardens.
“This collaboration with Raffles and Accor in the development of Raffles at Galaxy Macau brings yet another differentiated luxury perspective and dimension in GEG’s growing portfolio and estate,” said Francis Lui, vice chairman of GEG.
Lui is expecting the new property to also raise the bar to new heights throughout the region.
Sébastien Bazin, chairman and chief executive officer of Accor, remarked: “This collaboration with GEG marks an important milestone for Raffles Hotels & Resorts and creates a stunning addition to the excitement in Macau.”
Raffles at Galaxy Macau will join 15 other hotels within the Raffles brand, after its first hotel was opened in Singapore in 1887.
GEG announced the new opening yesterday through a statement after it released its financial report for 2020 on February 25, showing that its earnings before interest, taxes, depreciation, and amortization (EBITDA) was HKD1.0 billion in Q4 2020, up 207% quarter-on-quarter.