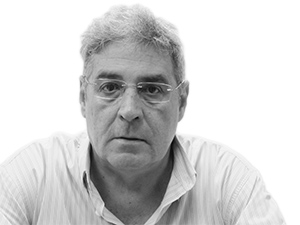 On the eve of Chinese New Year, we could not but accept the invitation to summarize in this column some of the worries – perhaps developing into threats – that such a challenging and crucial period is to bring to the Macau Special Administrative Region: this the region with a high degree of autonomy; today the place with the highest per capita GDP in the world; a casino enclave in need of a deep revamp away from the mere gilded façade bereft of the basics that make an international city.

Allow us to lay out those things worthy of the average resident’s consideration: the challenges arising from the fact that this year the MSAR heads into its 20th year and has to be, if not in a top shape, at least deserving of President Xi Jinping’s attendance at the anniversary of the handover of Macau to China.

As disclosed by the Guangdong Provincial Public Security Chief, Li Chongsheng, a comprehensive plan is being worked on to set up in nearby Zhuhai this October a so-called “Greater Bay Area Police Communications Centre” to handle security details and operational command for the President Xi’s visit to Macau. There is nothing to wonder about with this internal security initiative to enhance President Xi’s security detail, even though the bold descriptive may give the impression it is non-transitory in structure. What is utterly relevant is the additional information and commentary the Guangdong Public Security czar gave of the security arrangements (GBA security communications centre): Guangdong is to collaborate with Hong Kong and Macau to create an international innovation and technology hub…which is a top priority for this year. Eventually, Xi Jinping will talk about the issue too, since Li admitted that the President “will deliver an important speech” at the anniversary celebration.

What is rather unusual is the boldness with which Li addressed this year of 2019 calling it “politically significant” as, besides the Macau handover, it celebrates the 70th anniversary of the establishment of the PRC “and of course it is the anniversary of a series of incidents which took place 20, 30, 10 years ago,” an oblique way to refer to the crackdown on the pro-democracy movement in Beijing 1989. This April, Xi Jinping is to convene foreign leaders to Beijing to reset the now troubled Belt and Road Initiative.

Significantly, we would say, Li Chongsheng skipped away from the 100 years of the May Fourth Movement, Beijing, 1919, although in latu sensu it refers to the period of 1915-1921, usually called the New Culture Movement.

This point the reader would, I suppose, condemn the red flags we chose to title the column as an exaggeration! Actually that reader would think it is one anniversary after another, an ephemeris or a celebration, even a skipped one, too much an ado about red flags, but if this reader is not to skip Li’s words he will get spooked: “the hostile forces inside China have long marked this year as an important time to implement their plan which is a vain attempt to overthrow our system.” He even gave examples of operations to strike illegal activities that may jeopardize political security, including strengthening control over universities, the social sector and the Internet.

Perhaps MSAR at this point should take a breath of longing for its Basic Law and cherish civil liberties.