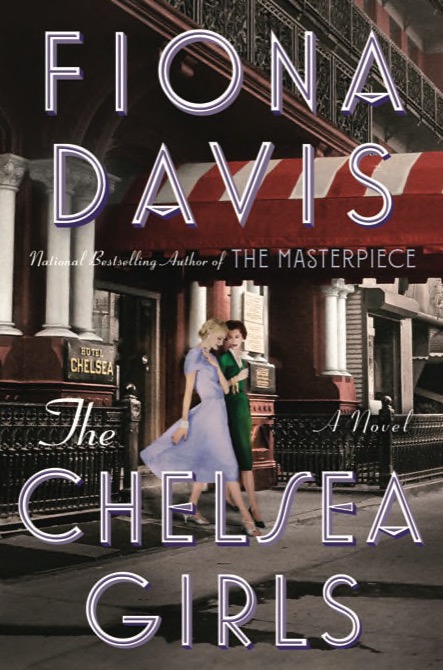 “The Chelsea Girls: a Novel” (Dutton by Fiona Davis

Best friends Hazel and Maxine, stars of Fiona Davis’ new book, “The Chelsea Girls,” never really got to be girls. Circumstances forced them to grow up quickly, so when they met during World War II as USO actresses in Italy, they were already brave women. Set up to be rivals, they developed an unbreakable bond when they stood up to the atrocity of war. They were stronger together, and they’d always be that way.

When they returned stateside, they went their separate ways, but their relationship’s foundation was solid and they were destined to be reunited. When Hazel left the comfortable Upper West Side apartment in New York City that she had grown up in — and the stifling family that she had shared it with — she headed straight downtown to the artist hangout Chelsea Hotel, a place she knew from Maxine’s colorful stories. The two women seemingly picked up where they had left off.

Of course, as in dependent thinkers in a time of change, they had their ups and downs. Maxine achieved some fame in Hollywood, but was basically a B-lister with a decent paycheck and a photogenic face. Hazel carved out a career as a theatrical writer but longed to write her own Broadway blockbuster.

They had each other as confidantes and co-conspirators, and they fully embraced the eclectic characters of Chelsea and the creative vibe that surrounded them. They were having the good time that seemed due to them after their unhappy childhoods.

But their childhoods caught up with them at the worst possible moment.

Hazel was poised to open that blockbuster and Maxine was her star. Their proximity to success put them on the radar of Sen. Joseph McCarthy and his witch hunt for Communists. The Red Scare tested their loyalties to each other and everyone else in their lives, bringing an end to their great moment together before it really started. Samantha Critchell, AP