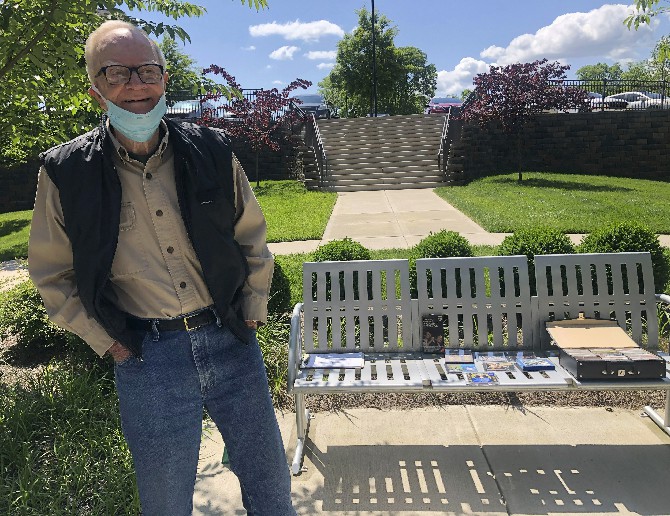 Tucked away inside his room at a senior care facility, Bob Coleman knew he couldn’t go out into the world with the coronavirus raging. But he could share with the world his first love — country music.
“Hello everybody, it’s a bright day in Franklin, Tennessee,” the 88-year-old Air Force veteran crooned into his microphone. “This is Bob Coleman, better known as the ‘Karaoke Cowboy,’ coming to you from Room 3325. […] Let’s just jump right into it.”
The hits of Hank Williams, Dwight Yoakam and Brad Paisley began to play, all carefully selected by Coleman, who lives in Somerby Franklin, an assisted living facility about 20 miles south of Nashville.
Coleman is one of several retirees who have turned into DJs for a new online radio hour known as “Radio Recliner.” (radiorecliner.com)
The 60-minute show began airing last month, starting with quarantined retirees in middle Tennessee. It has since taken off, as much the production side as among listeners, with seniors in assisted-living facilities in Georgia, Alabama and others jumping at the chance to be a DJ after being secluded because of strict social distancing rules.
Older adults are the age group most at risk from the new coronavirus. This has left many senior citizens in assisted-living facilities not only prohibited from seeing outside visitors, but also banned from socializing with neighbors across the hall.
The idea of Radio Recliner was kickstarted by Atlanta and Birmingham-based marketing firm Luckie, whose clientele includes Bridge Senior Living, which operates more than 20 senior living properties in 14 states.
After the DJs were recruited, the seniors recorded their introductions and transitions on their phones — many while relaxing on a recliner or kitchen table. The audio was then sent off to productions staffers, who handled the technical side of Radio Recliner.
Listeners can send song requests dedicated to family or friends, which are included in the daily show. Fresh content airs weekdays at noon, with previous segments playing in rotation.
A typical dedication went like this: “Hey Granny, this is your favorite granddaughter Amy … we just wanted to call in and say we love you very much.”
Mitch Bennett, Luckie’s chief creative officer, said the idea was to provide a sense of community to isolated seniors .
“For this generation, radio was the original social media,” Bennett said. “Dedicating a song to someone you love, and having them hear it along with everyone else, is a special way of connecting. It’s a great time to bring that feeling back.”
In Georgia, 80-year-old Ed Rosenblatt said an hour he spent spinning tunes on Radio Recliner prompted a flood of text messages, emails and calls from friends and family across the country — many of whom he hadn’t heard from in years.
“For the past year I’ve been teaching myself how to play the ukulele,” said Rosenblatt, who lives at Somerby Sandy Springs just outside of Atlanta. “So at the close of the show, I actually played a song on my ukulele. I sang and played the “Sloop John B,’” the Beach Boys classic.
“Everybody knows that song,” Rosenblatt said. KIMBERLEE KRUESI, NASHVILLE AP