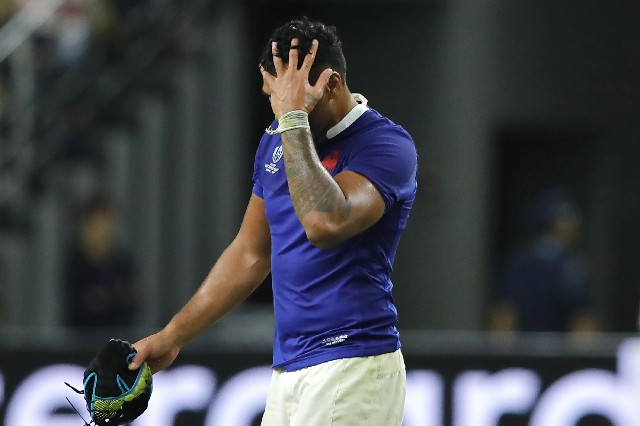 It was savage, it was reckless and — gallingly for the French — it was so unnecessary.
France lock Sebastien Vahaamahina’s sending-off against Wales in the Rugby World Cup yesterday will go down as one of the most mindless acts of violence in the 32-year history of the competition.
It probably cost his team a place in the semifinals, too.
Vahaamahina clasped his hands together in a praying gesture and nodded his head toward Jaco Peyper after the South African referee brandished the red card. He held out an apologetic hand toward his teammates, too, before trudging off the field.
What possessed him to swing his right elbow flush into the face of Wales flanker Aaron Wainwright at a 49th-minute maul is anyone’s guess.
France coach Jacques Brunel said it was a “reflex” action. Wales coach Warren Gatland called it “an error of judgment” that happens when “you have a lot of testosterone in a pretty high intensity match.”
It was the first red card in a World Cup knockout game since Wales captain Sam Warburton’s for a tip-tackle in the same fixture in the 2011 semifinals.
While that was slightly unfortunate for Warburton, there was no arguing against Vahaamahina’s red card.
France flanker Wenceslas Lauret said his teammate had apologized in the locker room but will “carry on paying for it.”
“Obviously he blames himself,” France flyhalf Camille Lopez said. “He got a red card in a quarterfinal and he left us with 14 for part of the match, so of course he blames himself. But the group won’t in the slightest.”
That’s a very charitable reaction.
The French were leading 19-10 in the 49th minute, and playing their best rugby not just of the tournament but maybe this year, when Vahaamahina was sent off. They went on to lose agonizingly, 20-19 , bringing to an end the international coaching career of Brunel.
He departs with 13 losses in 23 matches as France coach, and confusion about where exactly his team stands in the world rugby’s pecking order.
Les Tricolores remain frustratingly inconsistent. How can the team struggle to see off Tonga in the pool stage, then play so well against Wales — for about 50 minutes anyway — a few weeks later?
Their first-half performance in the quarterfinal was excellent and contained one of the tries of the tournament, an 80-meter move that started with a burst through the line from Virimi Vakatawa outside his own 22 and finished with Charles Ollivon racing over the line between the posts.
Gatland said he was thrilled that his team was only nine points behind at halftime.
“I want to stress the quality of our team,” Brunel said, “which showed courage … and lots of panache.”
Brunel will be replaced by former France captain Fabien Galthie and said he bequeaths a young team “with all the potential” going into the four-year cycle for the 2023 World Cup, held in France.
Flyhalf Romain Ntamack is only 20. Scrumhalf Antoine Dupont, one of the standout players against Wales, is 22. Imposing center Gael Fickou is 25 and should be at his peak of his powers in four years’ time.
France has won the world under-20 championship the past two years. STEVE DOUGLAS, OITA, AP 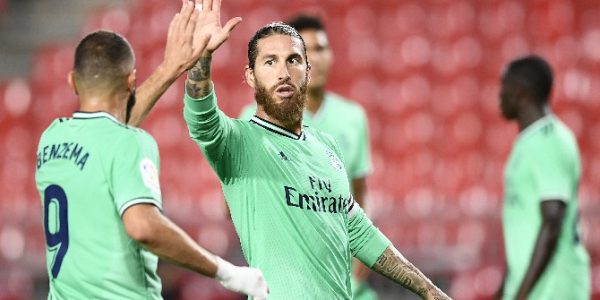