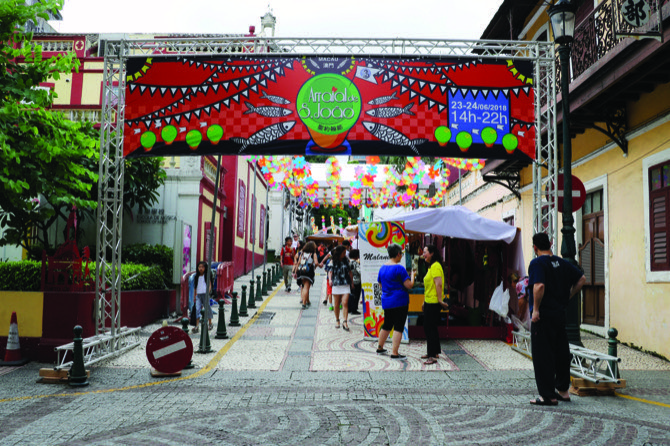 The Saint John Festival (Arraial de São João) is a celebration which has roots that go all the way back to the 17th century. In 1622, St. John, patron saint of the city, helped tear down the intentions of the Dutch to invade Macau through “divine providence,” when a Dutch fleet disembarked at the old Cacilhas Beach in the Guia Hill area.

In light of this, from that date on the festival became a celebration of both events in Macau.

Festival celebrations underwent a few years of difficulties after the handover of Macau in 1999, without the strong support of local authorities and a physical space to hold the event and keep the traditions alive. In 2007, through the Macanese Association (ADM) there was an idea to revive the festival and its roots, ideas which gave way to the first modern version of the festival reaching its 13th iteration this year. 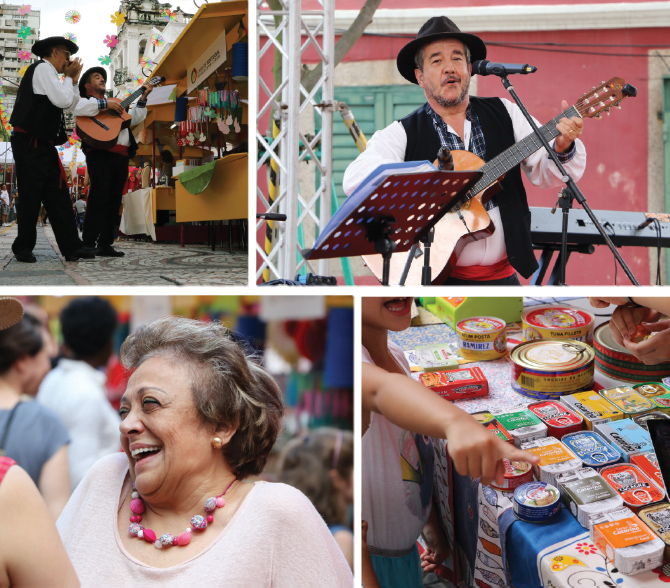 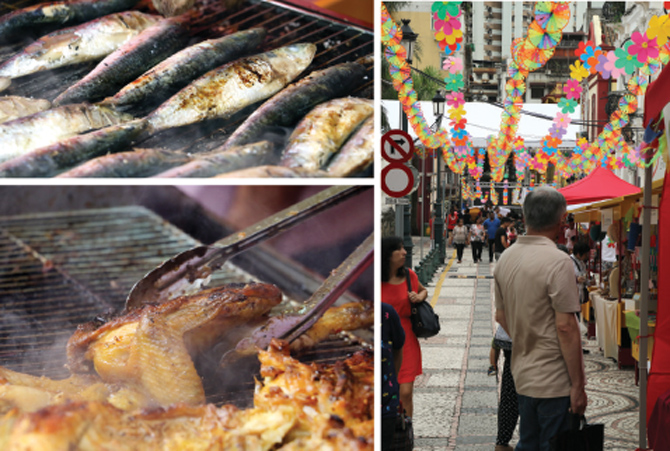 The home base of all the celebrations has, since then, traditionally been the St. Lazarus parish area, which is located in central Macau a few steps away from downtown and close to tourist attractions that include the Ruins of St. Paul’s, Mount Fortress, the Macao Museum and many others. The streets paved in Portuguese-style cobblestone seem to be the perfect spot for the celebration to grow new roots.

As President of the ADM Miguel de Senna Fernandes has said on several occasions, as well as Maria Amelia Antonio, president of the Casa de Portugal em Macau (Macau’s Portuguese Association), which co-organizes the event along with other local associations, the festival aims to be a cross-cultural event and not  only oriented towards Portuguese people.

In fact, according to the information given to the Times by the organizers, the participation of the Chinese community and other migrants communities has been growing significantly over the past year, making this a goal that has been successfully achieved. 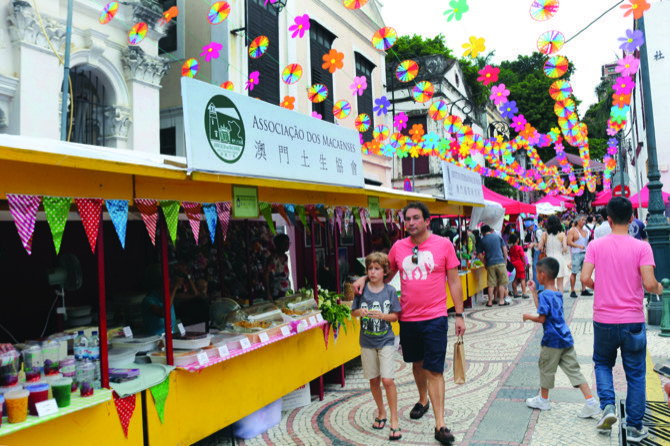 The event comprises of a large number of activities that range from music and dance performances to popular traditional foods and drinks, most of which are home-made by people who join the festival for fun and to reminisce.

Another of the major festival highlight is the booths that sell handicrafts and other traditional products. This is probably the only occasion and event in Macau where this occurs to such a broad extent.

The weekend-long street party, which pays homage to the Portuguese traditions of today, also includes Portuguese barbecued sardines, which were grilled over charcoal in the past, but are cooked on an electric powered grillers today due to rulings by the Municipal Affairs Bureau.

In any case, modernity does not ruin the liveliness of the weekend, which takes place every year around St. John’s Day. This is an event not to be missed.